My life was mapped out and planned to perfection. I knew exactly what I wanted and where I was going, until I was thrust into his world and ripped from mine. In the blink of an eye everything shattered, proving to be nothing more than a cheap illusion. Now I’m living in this twisted form of hell, where enemies and friends are one and the same. I thought I wanted perfection. Now I don’t know what I want - perhaps not even my own freedom.

I'm the definition of wrong. I'm violent, I'm greedy, and I stop at nothing to win. I'm a notorious bookie and in my game paying with your life is not just a figure of speech. You lose, I collect. I take whatever you have. She’s collateral for a debt, and if that debt's not paid someone will die. This should be just business, so why can’t I kill her?
Everything is not always as it seems.

Nothing this wrong should feel so right. 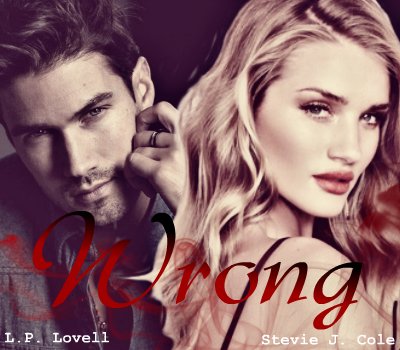 “Wrong” was dark-ish, crazy, intense and for the most part a fast-paced read. Honestly reading the blurb I expected something a little darker, but the unconventional relationship and later the romance between the two main characters made this read pretty enjoyable to me. This was my second book by this two authors and while I didn’t enjoy it as much as the first book I’ve read from them, I liked it. While the premise and even the plot for the most part were nothing new for this kind of read, the two characters and also the chemistry between them were entertaining.

“Money, murder, and lies are all part of this business, and my family has been at it for going on three generations.”

Jude is a notorious bookie. He doesn’t have any morals, he doesn’t know the difference between right and wrong, he’s a criminal. He is powerful and feared.

Victoria ‘Ria’/’Tor’ left her home in England to come in USA to study. She’s been a resident in the ER for nine months and she dreams to become a doctor. Her life change completely when she is offered up as a collateral by her boyfriend, and a**hole who owns a lot of cash to a dangerous man, Jude. Jude doesn’t deal with women. He always had a soft spot for them, so when he finds out about Ria he’s not very happy. Ria can tell Jude is a dangerous man, but she can’t deny his touch makes her feel warm and fuzzy.

“I don’t want to be affected by him. I hate him, I want to kill him, but the way his body is pressed against mine, the way he touches me as if he owns me, it has my heart trying to escape my chest, and my lungs struggling for breath.” 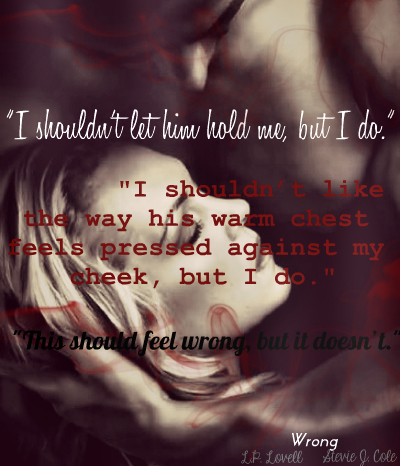 Jude had to deal with this new ‘situation’, with these new protective feelings he seems to have for Ria and also with the man who murdered his family years ago.

I liked this one…for the most part. I would have liked a little more suspense, but overall it was a good read. The story is told from both Jude and Ria’s perspective which I enjoyed. Jude was more an anti-hero than a hero in this first installment. I think his character was portrayed pretty well and I liked the fact that he has ‘the chance’ to become a redeemable character. He was violent, ruthless and he acted like a caveman numerous times. He clearly is not a good man, not even with our heroine. At least at first.

“Even the devil needs something to break through his darkness at times. And that’s what Tor does…she rips through my darkness.”

As the story unfolds, and Jude’s and also Ria’s feelings for each other start to change, their relationship becomes something else entirely. I really enjoyed how naturally everything between them progressed. I’m not sure it was believable since it happened in a relatively short amount of time, but well it’s fiction so I wasn’t bothered too much. Ria was a likeable heroine. She was tough and feisty, but I have to say there were a couple of time when I wanted to slap her pretty face. At times her recklessness and also her naivety got on my nerves. Needless to say she made me roll my eyes a little.

What I really, really enjoyed was the explosive chemistry between these two. Damn…they were scorching hot together. I couldn’t get enough! This aspect was fantastically done IMO and the sex scenes were hot as hell.

The story ends with a cliffhanger, very predictable, but I’m still looking forward to find out how the story will progress. 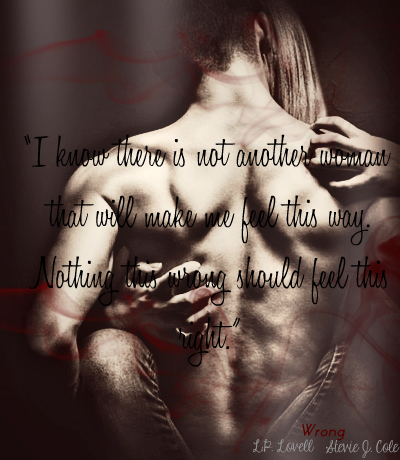