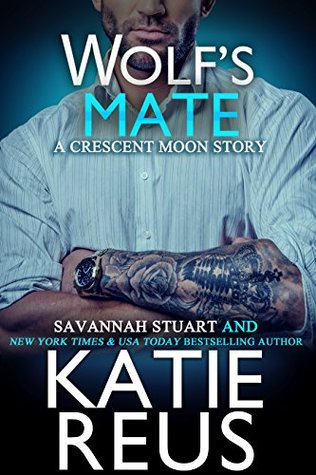 She wasn’t supposed to fall for him.

Erica’s time away from her pack was just supposed to be fun. Then she met Hudson. Instead of the no-strings attached fling, she ended up falling for him. But they’d promised each other that they’d keep things casual. Instead of risking her heart, she ran. Now she’s pregnant—and he’s determined to claim her. But the last thing she wants is to be an obligation to him.

Erica could never be a duty to Hudson, but for some reason that’s what she thinks she is. He tried to go slow, to give her space—so he wouldn’t scare her off. Now he realizes that was a mistake. It’s time for this wolf to claim his mate. Unfortunately a neighboring pack is stirring up trouble for his pack, and his she-wolf is determined to keep walls between them. Walls he intends to bring down once and for all.

Author note: all novellas in the series can easily be read as individual titles. There are no cliffhangers and each story has a HEA.

Crescent Moon Series:
1. Taming the Alpha
2. Claiming His Mate
3. Tempting His Mate
4. Saving His Mate
5. To Catch His Mate
6. Falling For His Mate
7. Wolf’s Mate

So, yeah…I didn’t realize this was a novella until I opened it up and saw that there was a distinct lack of dots in the “this is how long this book is as evidenced by these dots” area of the good old Paperwhite.

As such, all my grumbling about this book go hand in hand with it being a novella. So…can’t really complain…

And yet still I will.

I wish this had been longer. The characters were good, their chemistry was awesome, and I LOVE books that start AFTER the relationship has already begun. Plus it was about one of my all time favorite things in the world: Wolf shifter. But again, too short, too abrupt, not enough.