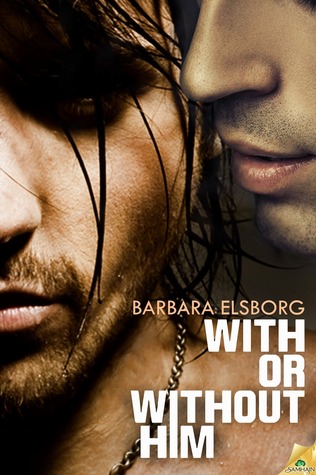 With or Without Him
Barbara Elsborg
Fiction, M/M Romance
November 1st 2013

"The most dangerous refuge could be his lover's arms. "

Everyone has at least one deep-seated fear. For Tyler, it's being in debt. He's so desperate to get out and stay out of it, he'll do almost anything-including selling his body at Saturday night sex parties.

But he refuses to open his mind to anyone, especially the men paying to use him however they want. The only time he's truly happy is during the week at college, when he can escape into his music.

The moment Haris sees Tyler playing piano at a concert, he falls hard, and he's willing to do whatever it takes to make the guy his. Even if it means-for the first time in his life-opening his wallet as wide and desperate as his heart.

20,000 to live with a good-looking guy for four months? How can Tyler resist the chance to ditch the sex party scene for good? But neither man realizes how much they're risking. And when outside forces close in, ready to destroy them, the trickiest part about the next four months could be just surviving.

➦I liked this book a lot! Loved the relationship between two main characters.

➦The only reason I didn’t give this book 5 stars was because I felt like there was a bit too much crazy stuff going on in this book and I’m more about the development of the relationship between characters. These two men both have a dark past and it felt like shit was bombarding them from all directions. >.<

➦I also felt the book dragging a bit by the end. & I was a tiny bit frustrated at the inability of these guys to open up and actually talk…