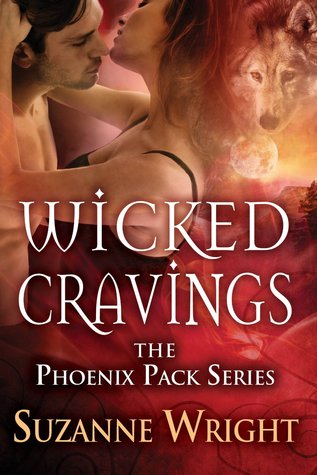 Despite having been besotted with Dante Garcea since she was a child, wolf shifter Jaime Farrow figures that it’s time to move past the crush. If he wanted her, he wouldn’t have ignored her flirtatious behavior, right? Hiding her intense attraction to him isn’t easy – especially now that they're part of the same pack again – but with bigger issues to worry about and with the submissive wolf act to maintain, Jaime is resolute on moving forward. Now if only the workaholic control-freak would let her…

As the pack Beta, Dante doesn't have the space or time in his life for a relationship. As such, he ignores his intense hunger for the willful – and sometimes crazy – Jaime. Yet when her flirtations abruptly end, Dante finds that he doesn’t like losing her attention. He finds something else too – Jaime's hiding something. Determined to uncover her secret, he sets out to break through her defenses, even though being around her intensifies his cravings for her. What he finds is a problem that Jaime is convinced not even a powerful Beta can solve.

I didn’t love it as much as Feral Sins…but not that much less… Still 5 Stars!

Suzanne Wright is definitely on my favorite author list these days. I always really enjoy everything she writes. In this second series installment, she took us back to the Phoenix Pack for Beta Dante’s story.

I REALLY loved Dante. I enjoyed Jamie too, but sometimes she seemed a little too much like Taryn, namely in her dealings with Greta; however, Jamie was different enough from Taryn that it’s not like they were carbon copies…just eerily similar, but I find that’s common in series like this and it didn’t bother me that much.

For me, the chemistry between the characters trumps everything and Wright always brings that to the table in spades. She definitely brought it in this one.

Wright continued the pave the way for the Shaya/Nick story line that she begun in Feral Sins. I really hope their story comes next…and I REALLY hope it comes out soon. The wait for this one seemed soooo long and Shaya and Nick’s story has all the elements to be soooo awesome!