And it doesn't take Adelaide long to discover that she was very, very wrong about The Oakhill Institution. Patients roam the halls like zombies. Electric currents vibrate through the plaster walls. Patients are fed sedatives like mashed potatoes and now Adelaide knows one thing for sure, she wants out.

And she'll do whatever she can to escape.

Asylum #1
Part of a Series

Asylum #2
Part of a Series

Asylum #3
Part of a Series 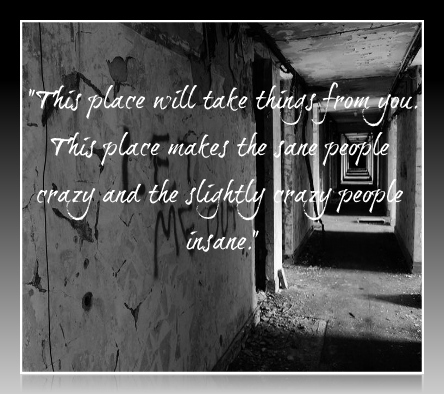 First thing first, you should know this series is written out of order. What happens in this installment took place before the events in book 1. Like the first book in the series, “White Walls” was captivating, intense, mysterious, suspenseful, haunting, depressing and so much more. It goes without saying that once again this author blew my mind.

“Slowly, even though he doesn’t realize it, Elijah is giving me so much than he ever could and he’s not even spending money. He’s using time. Some people think time is a waste. But not to me. Time is a gift.”

Dr. Elijah Watson is fantastic. He is tortured by his past, blaming himself for his mother death. Growing up with a father who blame him for his wife’s death and maybe hating him wasn’t easy. He is damage and lost, being convinced he can’t love or care for someone, but when he meets Addy, something inside him changed. She fascinates him. He is mesmerized by her. He is drawn to her. She’s like no other. Addy feels a strong connection with “the blonde angel”. She’s attracted to him, but at times he confuses her. She can’t read him.

Damien’s visits never stop. He reminds her every time he was supposed to be her only love. Abby doesn’t know what to do. She feels guilty, conflicted and she doesn’t know what to choose – the past or the present and possibly a future with the man who helped her in every way.

I really felt for Addy. To be in her mind was fascinating. The author did a great job portraying her character. It was devastating to read how she tries to survive in a place full of darkness. Once again, she is a fighter, she only knows she needs to survive. Her freedom is the most important thing for her. She is smart, strong, but at times she is fragile. Elijah was great from the beginning. Even if he tries not to be involved, he just can’t stay away. I loved how he tries to give Addy everything she missed and how he save her from herself and from others. Their relationship was great, but I would have liked to be more developed. At times it felt a little rushed. Maybe because the book was shorter than the first, so I really wished this installment to be longer. I just wanted to know more! 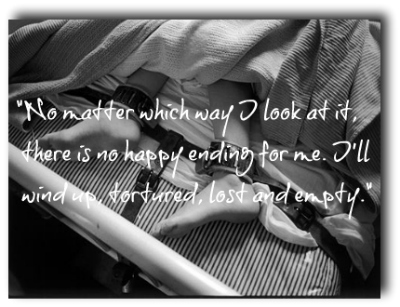