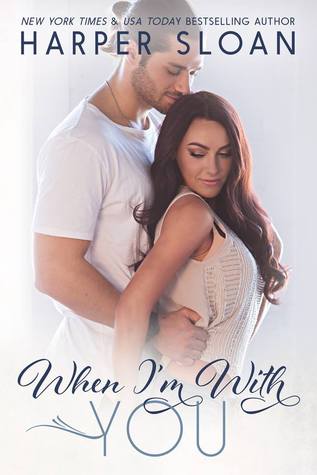 It’s nearly impossible to be surrounded by love but not understand it. My parents, my sister, and just about everyone around us has no trouble accepting that love. To give your trust to someone else and believe they would die before hurting you. I’ve witnessed it—I’ve seen the power of it—but I’ve also seen the pain. Because for me, I’ve only loved someone I could never have, and my biggest fear is that by giving her my love, all I would do is ruin her. I should have tried harder, but I’m not sure I can because I only feel complete when I’m with her.

The only time I feel like I belong is when he’s near. His infectious smile warms me straight to my bones. Any insecurities I have vanish with just a wink from him. A sliver of his attention makes me feel invincible. But all it took was one drunken night of truths for me to lose everything I had begun to crave. Now, I’m not sure how to move on because I only feel complete when I’m with him.

He said I was too young. I said he was perfect. He said our families wouldn’t understand. I said we could weather any storm. He said he would ruin me. And he was right.

Emberlyn Locke has always been in love with Nate Reid. The day she turned 18, she confessed her feelings to him. When he rejected her, she left with a broken heart and ever since then she avoided him like the plague. Thinking he never once felt the same. But she couldn’t have been more wrong.
Nate Reid has loved Emberlyn for as long as he can remember. But when she confessed about her feelings, he felt that the time wasn’t right. Which is why in the end he had pushed her away. But not once has he ever forgotten about her.

“Keep following your heart, Ember. Follow it—me—and let me worry about guiding the way. Allow me to prove to you that I’m worthy of you giving me your love back.”

Nate was a perfect hero. He was such an alpha male with a great sense of humor. He was always making the people around him smile. And I have a thing for ‘man buns’ and it was a plus for me that he had one! Emberlyn was a great heroine. She was feisty. Hence the reason why Nate nicknamed her “firecracker.”

I was so happy to see Maddox is still overprotective as ever! I thought it was funny how he was always threatening Nate.

“That being said,” he continues, his voice taking on a threatening tone. “If you hurt her in any way, remember that I know how to kill you and make it look like an accident. Don’t make me have to kill one of my best friends’ boys, Nate.”

I am a huge fan of Harper Sloan. And she does not disappoint. I enjoyed this one, but didn’t love it as much. But the epilogue was perfect! I definitely recommend.