Vaughn West, Hollywood heartthrob, has been at the top of his game for years. He thinks he’s untouchable—until a betrayal brings him spiraling down. Now, everyone pities him, and if there’s one thing Vaughn hates, it’s pity.

After a few months of working his way through every available actress, pop star, model, and waitress in California, Vaughn needs to get his life back on track and focus on what he does best—making hit movies.

Charlotte Michaels is in love. Just not with one person.
Louis Vuitton…
Christian Dior…
Valentino…
Gucci…
And the list goes on.

Sadly, Charly’s limited bank account doesn’t allow her those luxuries, and the closest she gets are lucky finds in charity shops and working closely with some of those names in her job as a wardrobe assistant.

Now, Charly has landed the mother of all jobs—working on the new Vaughn West movie. Excited doesn’t even cut it.

Only things don’t go as planned, and it turns out that Vaughn is actually a jerk. A hot jerk, but a jerk nonetheless.

So, why do their clothes keep falling off whenever they’re around each other? And why can’t Charly keep her mind in the closet and off Vaughn?

Getting mixed up with a smart-mouthed, fashion-obsessed wardrobe assistant is the last thing Vaughn needs.

Getting mixed up with an arrogant, self-centered, obnoxious, jumped-up actor who has a lack of respect for fashion is the last thing Charly needs.

Things are about to get hot, dirty, and messy in Hollywood. Very messy. Especially if Charly’s closely guarded secret falls out of her closet.

➦Are you a fan of celebrity movie star romances? Well, I am. And let’s face it, that “hot movie star falls for a regular girl” trope never gets old. And it’s been done many times. Aaaaand this book, right here, is one of the best ones I’ve read involving such a trope.

➦Vaughn West, a Hollywood movie superstar, is filming his next big movie. He’s trying to move on from the humiliation of “his girlfriend sleeping with his best friend” scandal. After going through drinking and humping anything that moves stage, Vaughn is trying hard to clean up his act. That means no sleeping around during the entire filming of the new film.

➦Surely it won’t be hard. Except Charlie, his new wardrobe assistant, is super attractive so he can’t help but get a chubby during one of his pant fittings. Which results in her getting flustered and stabbing him in the balls with a pin.

➦Aaaaand after THAT incident, which, let’s face it, is million times worse than the man flu, he becomes a raging asshole towards her. Except when he riles her up he also seems to get hard at the same time. Wut? #manproblems 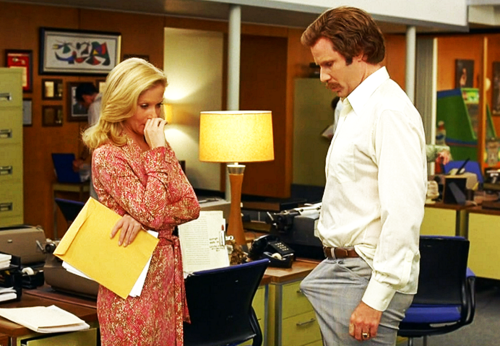 ➦As I said, I really enjoyed this book. It is fast-paced, contains great banter and a bunch of funny situations. The hero is yummy so that’s always a plus! 🙂 There’s a bit of a twist at the end that I didn’t see coming which resulted in a bunch of angst. I completely enjoyed the ending and that is also rare for me.

➦The relationship between the main characters is well developed and even though they end up with each other pretty fast they do have to keep their affair hidden from the public. So there was a definite anticipation/fear of what happens if they get exposed. Read this if you are looking for light, fun and sexy read with a “celebrity actor falls for a regular girl” story-line.