Her life is like a prison cell.
A self-made, to-hell-with-the-free-world existence that locks from the inside.
Stop judging. Her agoraphobia doesn’t define her. It simply keeps her safe.

He belongs in a prison cell.
The 6x8, make-me-your-bitch variety that locks from the outside.
But he’s free. To hunt. To take. To break.
And he just found a sexy new toy.

Capturing her is the easy part. Her fucked-up mind, however, makes him question everything he does next.
But he’s a determined bastard. If all goes his way, this will hurt like hell.

Warning: Graphic sex and violence. Age 18+ only
It is recommended to read after Deliver, but it can be read as a stand-alone. 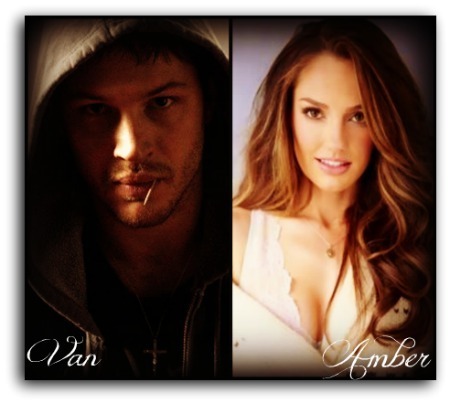 Vanquish is the second book in Pam Godwin’s Deliver series. You can read it as a standalone if you don’t plan reading Deliver, the first book in the series.

“He was a kidnapper, a rapist, and she ached to be repulsed by him, just to prove she was sane, but she couldn’t. And she wasn’t. His scarred beauty radiated seduction and danger, a deadly combination.”

Van is not a good guy. An anti-hero, he was the villain in Deliver. He did a lot a bad things and he’s a really fucked up man. He doesn’t care for many people, but he cares for his daughter Livana. He wants to show Livana that she wasn’t something she resented and he wants to give her a father’s love. But for this, she needs to convince Liv that she loves his daughter and he wants to be a real father for her. He’s stalking Liv house when he meets Amber.

Amber is a 34 years old woman. She has some issues, agoraphobia being the worst one.

Van is hypnotized by Amber and after he finds out about her problems he wants to help her. He wants Amber to prove he is a good father.

And Amber is intrigued by Van. For her he’s “a perfect imperfection”. She doesn’t really hate him, not even when Van is a sadistic son of a b*tch.

At first, Van cruel, but soon he can’t help himself and he wants to know the real Amber, to know about her past and her issues. He also trust and tells Amber about his past and his scars. 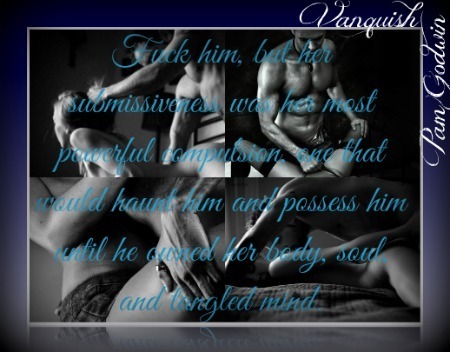 They are both damaged, but they are perfect for each other. They learn to trust and accept each other. In some way they heal each other.

“He wanted to be her security, her anchor, her fucking everything. Not as her captor but as her lover.”

I really enjoyed this story. I think more than the first one in the series. I enjoyed the dialogue and banter between Van and Amber and I really liked how they give each other the strength to move on. I liked Amber and I liked Van too, even if in the first half of the book was a like his old self. There are some intense and disturbing parts in this story, but they didn’t bother me so much, maybe because I knew Amber will change Van. And she really did.