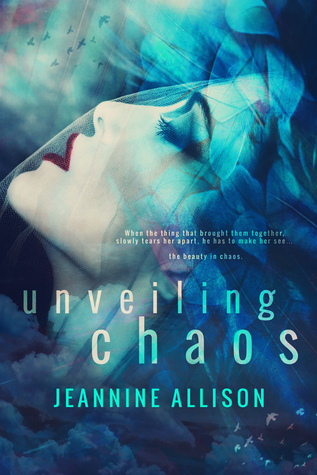 It was just sex…

Naomi’s life had been steady, in order, planned out… just the way she liked it. But when her boyfriend of five years leaves her for another woman and her mother makes a surprise reappearance in her life, she watches her controlled life fall into chaos. Then she meets, and has a one night stand with, Damien. The last thing on her mind is getting a new boyfriend, yet she can’t deny the attraction she feels, so when he offers no strings sex, it seems like the perfection solution. But the more she gets to know Damien, the more she learns all they have in common, and the line between casual and something more starts to blur. For all her planning, she realizes… you can’t plan love.

It was never just sex…

Damien’s life is busy and hardly ever in order. Between working two jobs, taking care of his sister, and saving up for his own tattoo studio, there are always surprises. When he meets Naomi, the last thing on his mind is getting a girlfriend, but he can’t deny the connection he feels. It’s clear she’s not ready for a relationship, though that won’t stop him from pursuing one… even if he has to lie to her about his intentions. But when one of the things that brought them together, slowly tears her apart, Damien has to make her see… the beauty in chaos.

Unveiling Chaos is the second installment in the ‘Unveiling’ series but can easily be read as a standalone. I really liked the first book as well, so of course I recommend you read that one also.

I actually enjoyed this one way more than the first book. It definitely was an emotional read. While I didn’t ugly cry, it did pull at my heartstrings. Jeannine writes these honest and real characters that have you feeling whatever they feel. Their fear, their hope, their love. I just couldn’t get enough.

“I hadn’t been broken since I was sixteen years old. And on that day, I promised myself I’d never break again.”

Naomi’s boyfriend of five years has broken up with her to be with another woman. You would think that she would be a crying mess when it happened, but no, she’s all calm and collected. She refuses to sit around; moping about it.

Naomi first meets Damien at his tattoo shop and while it wasn’t pleasant, there is some instant attraction. Later on she meets him again at a club where he is a bouncer. That night they also have a one night stand.

“You think you can handle me?” he whispered before gently sucking my diamond stud earring into his mouth. Holy shit. Some of those butterflies definitely just died from crashing into each other. “I can handle anything, sweetheart,” I whispered before backing up. “The question is… can you?”

Neither of them are looking for a relationship. Especially Damien, who is a pretty busy man working two jobs to not only provide for himself but for his pregnant sister as well. Try as he might, Damien can’t stay away from Naomi. He wants more and he plans on getting it.

“But when a smart, gorgeous, feisty girl entered your life, you didn’t ask questions, you didn’t second-guess, you took her. And I’m taking her.”

What first starts as a distraction for Naomi, turns into so much more than she anticipated. She has all these high walls surrounding her, yet they soon start to crumble only because of Damien.

I adored Damien. Not just because of how he looked—that was a BIG bonus, though— but because he was patient. He was sweet, protective, and very alpha. He made mistakes but always tried his best to fix them. I think he was the perfect match for Naomi, who could be feisty and a pain in the ass. But hey, they worked and I LOVED IT!

Can I just say that I also love the tight relationship between all the friends? I adore them all. I’m really excited to read Sherry’s story because it’s a second chance romance. *happy dance*
But if I’m being honest here, I really want Derek’s book, like pronto!

All in all, this was yet another fantastic installment to this series and I honestly can’t wait to see what Jeannine gives us next.