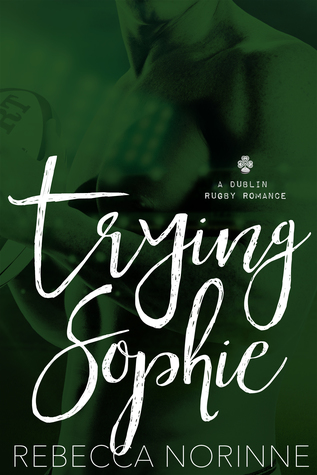 She doesn't date players...
Sophie loves her life: she's travelled the world and lived by her own rules. But when she finds out about her grandfather's heart attack, she drops everything and boards a plane to Ireland. Two weeks, that's the plan. Until one look at her childhood nemesis has her rethinking everything. She's sworn off athletes, but she might just give him a try.

He's the biggest player of all.
Sex and rugby. Those were the only two things Declan cared about, right up until his first love waltzed back into his life. Even as he slept his way through Dublin, he never stopped thinking about her. Never stopped wondering if she thought about him, too. So even though he's never gone after a woman the way he chases down opponents on the field, this time, he won't let her get away.

On the field, he's invincible, but she just might be the one to finally break him.