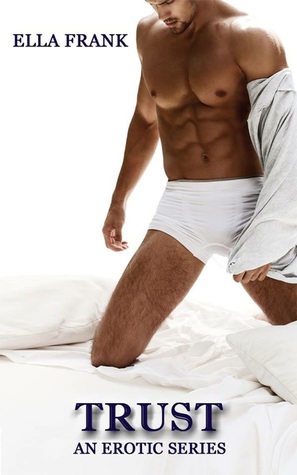 TRUST – verb: to believe in the reliability, truth, or strength of another.

Up until now, Logan Mitchell has never had much of a reason to trust anyone.
Having struggled with a self-identity crisis throughout college, he’s spent the years since then creating a sophisticated facade to present to the world.
It’s an armor he thought was impenetrable—until he met Tate Morrison.
The gorgeous, headstrong bartender he’d sat across from only months ago has taken a tight hold of his heart, and Logan is discovering that it’s time to let go.
It’s time to let someone inside.

After years of placing his dreams on hold for his family, Tate has finally chosen to do what makes him happy and follow his heart.
The one thing he never would’ve imagined was that it would lead him into the arms of a man—and not just any man—the striking, never-takes-no-for-an-answer Logan Mitchell.
Tate has fallen hard, and as his world is turned on its axis and they move forward together, he finds his life becoming more entwined with the confident, successful lawyer.

Even though neither man expected the other, it’s time to trust in their relationship—but not everything comes so easily…

I just wanna gnaw on you.

For serious though, the places this book went were very unexpected – for me at least – and I just loved it.

There were feels and anguish and it was like crack to an addict.

Granted, there were some unnecessary plot threads and some friction points that were presented and left dangling, but honestly?