I am a sociopath.

I know this because I diagnosed myself.

I have a PhD in Clinical Psychology from a very prestigious university.

I am charming, attractive, and you probably want to sleep with me.

I take what I want, when I want, and I enjoy picking the most tragic of all my patients to experiment with.

I have no remorse, I am unrelenting in my pursuit of tragedy, and I am about to meet my match.

Her name is not important, I am only allowed to call her Mistress. She is a femme fatale, a patient, and now an obsession.

She will destroy me, I will do anything to get inside of her.

I can already feel her inside of me.

**Trigger warning. This novel contains situations of perversity and dubious consent. It is not a love story, but more of a journey through a few short days in the life of a madman. What you see is not always what you get, reality is altered through his eyes and sometimes there is no happily ever after.

First I have to say this book just blew my mind!!!

Soo…uhm, this was definitely different! If you expect hearts and flowers…just don’t. That is not what you will get. This book is not for everybody, but if you have an open mind and enjoy a dark, gritty read, maybe you should consider give it a try. 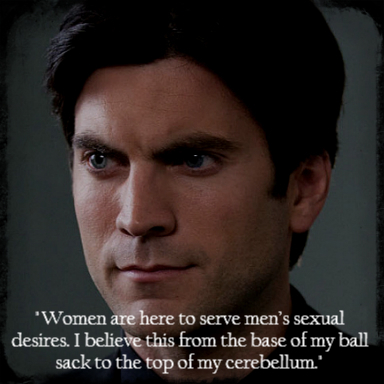 Alexandre Dane is a successful clinical psychologist, one of the best in Vancouver…but, what you don’t know is he has his own methods to treat some of his patients, sexually traumatized women. His method is unique and sick and secret.
The story presents the problems with his patients, their interactions and is relations with his friends.

The first pages were a little boring for me at first, but reading some more , the author got my attention. I didn’t know were the story will go, so i didn’t have any expectation, but in the end I was pleased and really enjoyed this story.

Alexander Dane is a great complex character. He is an attractive, charming man who knows what he wants and who will do anything to obtain it.

Like a “good” sociopath, Alexandre doesn’t have a conscience. He understands what moral behavior is suppose to look like and he understands his action has consequences…but he doesn’t care.

” I’ve spent years cultivating a certain image, and I wouldn’t want some whiny slag to bring it tumbling down…”

Alexandre has a small group of friends, some people he graduated with, but he doesn’t consider them real friends. He doesn’t build real relationships , so he sees his relations with others as games. For him other people are simply pawns to be played.
He is a sick manipulative bastard, he sees others as objects, he uses them and after discards them.

Egoistical and arrogant, Alexandre Dane he truly believes he is perfect, better than anyone else.

Author Jaden Wilkes gives a glimpse inside the main character past as a child, so readers can understand the man who became Dr. Alexandre Dane.
The story is told from Alexandre point of view which I find helpful in understanding him and his mind. It was interesting to get into a sociopath mind.

The final twist at the end I never see it coming…WOW, just WOW.