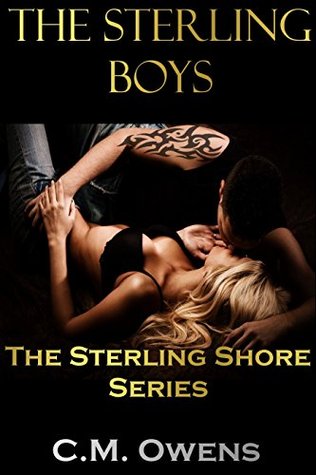 A love that never came to be, a letter that ruined it all, and secrets that shred and heal...

Rain Noles left Sterling Shore to break free from the painful life she had, but she left behind the man she loved, expecting him to come after her. When he didn't, resentments festered, and Rain lost faith in the love she felt couldn't have been stronger.

Dane Sterling watched his best friend walk away, but he assumed it was only temporary. He didn't realize she was walking out of his life. And now she's back in Sterling Shore and his life.

Life has a way of creating a path for fate to travel. Despite their buried resentments, Dane is there when Rain needs someone the most. But as much as life gives, it also takes away. It's only the strong who brave worst times.

I DID like this book, but I swear it could have also been titled “The Big Dumb Miscommunication that Drives the Reader Nucking Futs.”

Books where one simple, tiny conversation could have legit solved every problem.
Books where lack of one said conversation results in YEARS of heartache and bullshit for the characters – in this case six…years, that is.
Books where you spend the ENTIRE thing saying, JUST. FUCKING. TALK. ABOUT. ALREADY.

In this book, we even got not one, but TWO non-conversations…the ORGINIGAL…and then the one which drove the story forward after the H discovers the truth behind the ORIGINAL miscommunication.

It was still an entertaining enough read, but fuuuuuuck.