To Chuito the apartment was a self-imposed prison for a lifetime of sins. To Alaine, the girl next door, it was salvation from her overbearing, religious father.

He was a devil.
She was an angel.

Two people who should’ve never met, let alone become friends, but it’s not until they give into the dangerous passion that’s been simmering under the surface for five years that things go to hell.

On the outside, Chuito ‘The Slayer’ Garcia is on top of the world. He’s successful. He’s wealthy. He's a champion MMA fighter surrounded by friends who support him, but they don’t know what he was before he came to Garnet.

A gangster.
A thief.
An addict.
A murderer.

Now his past is churning up demons he can’t ignore. Chuito knows he needs to go back to Miami to end it, but there's something holding him back, a single temptation he can't resist before leaving.

She’s the one drug he can’t give up…even if it destroys them both.

“To me you’re coke. Fine. Smooth. Perfectly white. Very bad for me, but so fucking sexy I don’t give a shit. It’s worth going down for.” – Chuito Garcia

Edited to add THIS disclaimer: 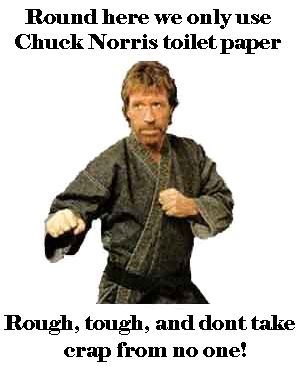 So don’t get it twisted. So if you are one of those people who can’t take harmless jokes that perhaps touch on race, this is not the review for you.

And perhaps I’m not the friend for you; because, while not racist, I have no filter. And I take pretty much nothing seriously, especially myself. So you shouldn’t either.

Take me seriously, that is.

Just thought I’d throw that out there before I get anymore nastygrams.

This is me after finishing this book:

For serious though, there was a LOT of Spanish in this book.

Which I know might be a problem for some people.

For this chola though? 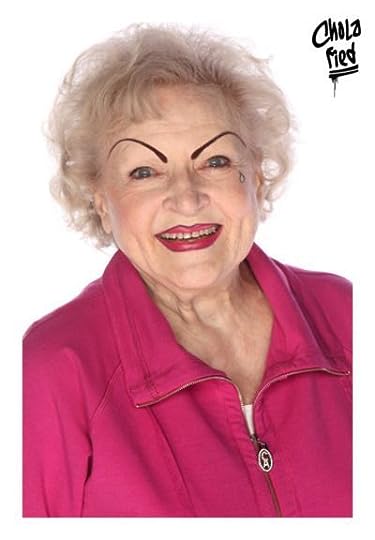 My ex-boyfriend was, or rather IS as he’s still alive – well barely (jay kay again!!!), Hispanic and I was born and raised in Southern California… 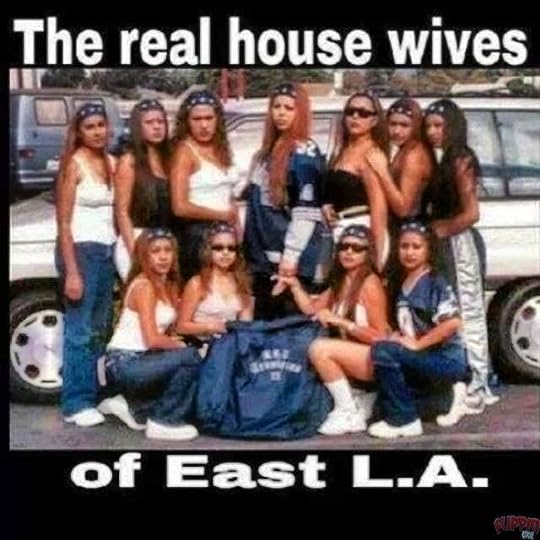 And before anyone gets upset, YES, I know that Puerto Rico is not the same as Mexico. I’m not a fucking idiot.

Seriously though, that could be a picture right outta my high school year book.

In fact, here’s a little gem my brother-in-law keeps on the refrigerator for a bit of daily comic relief and spousal taunting. 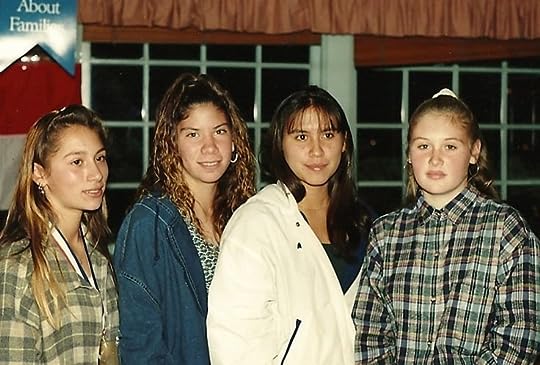 That is my sister and some of her friends in 8th grade.

She’s the jackass cracker in the Pendleton shirt who looks like she’s about to go knock over a liquor store.

And thank God she’s not on goodreads or she might shank my ass with her old sharpie eyebrow pencil for showing everyone her swagger. 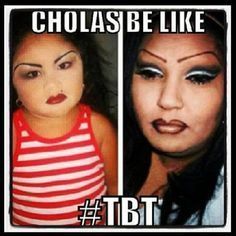 Last one, I promise.

On to my gush fest review.

In all sincerity, I loved every moment – and believe me there were a lot of moments – as this thing was loooooong.

Because we really got to know Chuito.

We got to witness his and Alaine’s love story.

We got to witness perhaps the most EPIC bromance of all time time between Chuito and Tino.

For realz though, Chuito, Tino, and Nova are now my own personal ORGASM brigade.

The banter in this book, between ALL of the characters – but especially those three gifts from above – was SO awesome I can’t even describe it.

In fact, my pointer finger (that’s how us fancy folk refer to the index finger) is so sore from all the highlighting I did that I might need some pot aspirin.

And before anybody get’s their panties in a bind, no I don’t smoke weed. It makes me pass out That’s a reference to events in the book.

Unlike Viper’s Marcos – who was a total poser – Chuito was a true badass.

And so were Tino and Nova.

The connection between Chuito and Alaine?

Totally jump off the pages palpable.

I could go on, but I don’t want to ruin the awesomeness for anyone.

This thing was just everything I want in a book and so well written.

All I know is, I can’t WAIT for Tino and Nova’s books.