I’ve watched her from afar for weeks. And she has no idea.

Bleu MacAllister ran from me three months ago. She thought she could disappear from my life. My beloved believed I’d let her go.

Bleu says I won’t find her; she changes like a chameleon. Wrong, again. Some things remain unaltered. She’s still beautiful. Sexy as hell. And I want her more than my next breath.

The circumstances bringing us together have changed. It’s a precarious situation because my bonny lass is a hunted traitor. But I’ll do whatever it takes to keep her safe.

She will be my wife.

I am Sinclair Breckenridge. And I’m coming for her.

Intended for readers ages 18+ due to sexual content, adult situations, and language.

Can Standalone #4
Part of a Series 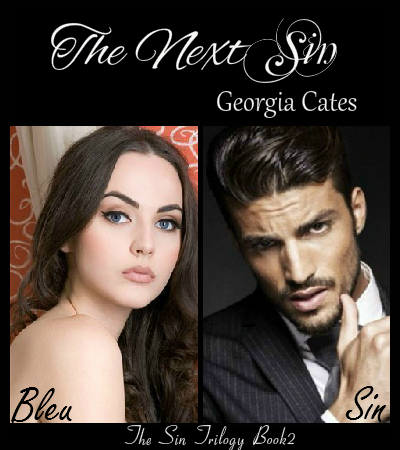 At the end of book1 Sin found out who Bleu really is and why she wanted to infiltrated herself in The Fellowship. Bleu left Sin and Edinburgh and returned to her father and sister. She’s taking care of her father who is dying of cancer. Three months have passes, but she still thinks about the man who stole her heart. She knows no other man will make her feel the way Sin did. All this time, Bleu thought she was safe, that she hid from the Fellowship, but she couldn’t be more wrong. Sin had known from the beginning where Bleu was all this time.

“I have eyes on her at all times, even when they’re not my own. I safeguard her from harm.”

Abram’s men are hunting Bleu and they are getting close. Sin doesn’t want to harm Bleu, all he wants is to protect her. There’s only one way to stop Abram from hurting Bleu – Sin must marry her, since all the wives and children are protected. They marry and move to Edinburgh. Bleu is safe now, but she’s still obsessed with her mother’s killer. Even if now she’s convinced that Sin’s father is not the killer, all she wants is to find out who killed her mother.

Life goes on, Bleu and Sin want to have a baby, so they make an appointment with a fertility specialist. As the story progresses things get complicated. Bleu is convinced Abram is the one who killed her mother, but she needs prove. There are some obstacles in Sin and Blue’s way, but they love each other and they are strong together, until one day when their life changes. 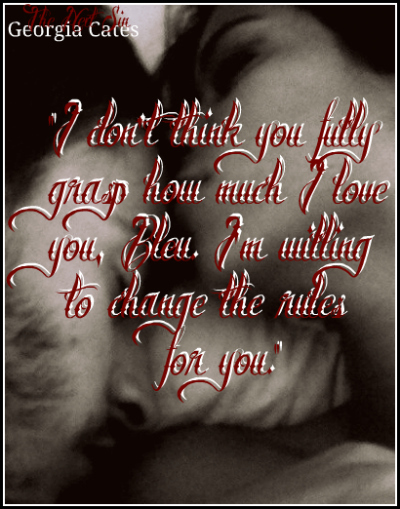 Even if it wasn’t as suspenseful as the first book in the series, I enjoyed this one. I loved Bleu and Sin together. Sin was just great in this installment. He wants to protect Bleu and he puts her before everyone. He is sweet and tender, considerate and attentive, perfect Bleu. Bleu is still a strong woman. She a great sister wanting to protect Ellison and a great daughter. Sin and Blue are perfect for each other. They support each other and they are trying to be strong together.

The sex scenes are hot and I enjoyed the storyline. The drama here is not overwhelming, which I also enjoyed and of course the book ends with a cliffhanger, a big, ugly cliffhanger.

Overall, this was a great installment and I can’t wait to read the third and final book in the series. 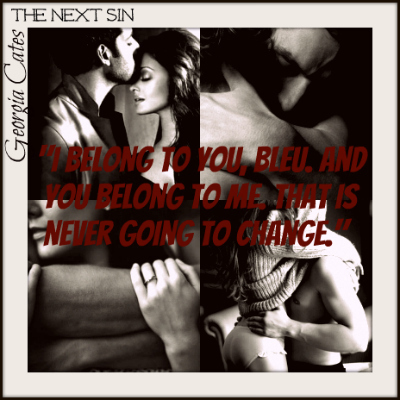