Brigs McGregor is crawling out from the ashes. After losing his wife and son in a car accident and his job from his subsequent downward spiral, he's finally moving forward, getting a prestigious teaching position at the University of London and a new life in the city. Slowly, but surely, he's pushing past the guilt and putting his tragic past behind him.

Until he sees her.

Natasha Trudeau once loved a man so much she thought she'd die without him. But their love was wrong, doomed from the start, and when their world crashed around them, Natasha was nearly buried in the rubble. It took years of moving on to forget him, and now that she's in London, she's ready to start again.

Until she sees him.

Because some loves are too dangerous to ever indulge.
And some loves are far too powerful to ignore.
Their love just might be the life and the death of them. 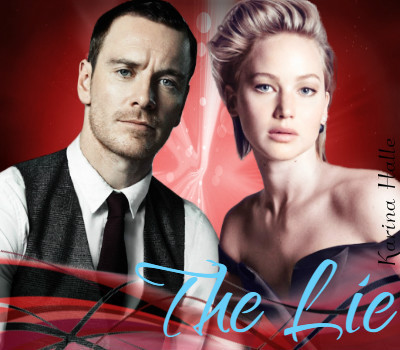 Karina Halle surprised me in such a good way with this second chance/forbidden romance. I loved these kind of stories and she delivered such a wonderful one, a perfect mix of emotion and angst with some heartbreaking/gut wrenching moments that will certainly move you. “The Lie” is told both in the past and in the present from both main characters’ POV and will make you feel everything these two felt, every single emotion.

“Our love was wrong.
A lie we told ourselves.
And it cost us the world.”

Brigs McGregor is a professor, he’s married, the love of his life being his two year old son. When he meets Natasha, a young, smart, capable student he’s drawn to her in so many ways, more than he wants to admit. With her colorful personality, Natasha manages in a short time to make Brigs want more than he has with his wife – love. She simply gets him, more than anyone else, more than his own wife. They start a friendship that shortly becomes something more for both of them. 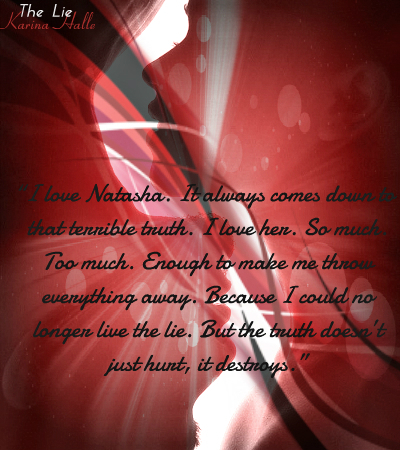 Their happiness is short lived when certain circumstances torn them apart.

“Love is good. Love is kind. Patient. Pure.
So they say.
Our love was a mistake from the start. A beautiful, life-rendering mistake.”

Four years later, when Brigs accepts a teaching position at Kings College in London they meet again. Natasha is there trying to finish her master after four years in which she desperately tried to forget the man who broke her heart.

Both of them try not to forget what happened years ago and how devastating their break-up was, but they can’t ignore the strong connection between them.

First of all, I want to say that I really enjoyed and appreciated the dual POV. I think here it was really necessary. Brigs and Natasha’s voices were honest and genuine. I liked both of them – in the past and in the present. Their characterization was well done and the fact they were struggling at some point with their feelings make them more relatable to me. My heart broke for both of them for what happened in the past, especially for Brigs. The fact that he felt so much shame for what happened with his wife and his child was devastating. In the present Natasha still feels guilty for everything that happened, but she can’t lie to herself – she never forget Brigs. I have to say that I really sympathize with her. She was a likeable heroine from the beginning, mature, caring and so full of life. I liked her personality very much!

“…love shouldn’t be ignored. Or shunned. Or buried. If you’re lucky enough to feel it, you need to indulge it. Give it wings. Let it course through your heart and soul, unfiltered.”

Brigs and Natasha’s reunion was simply lovely. I liked the fact their connection was stronger than ever. You can really feel it as the story unfolds. With every one of their interaction you will feel how much they still love each other and how good they are for each other. One think that I truly loved was the honesty between them. It rarely happens in books and also IRL for two people to be so honest with each other. 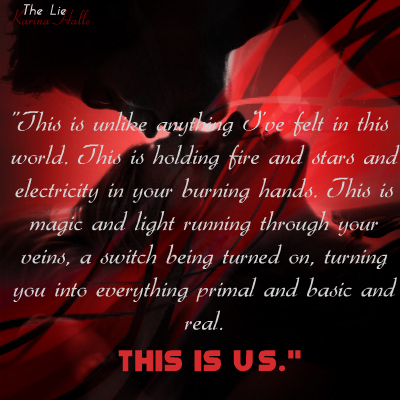