When the new girl in town, Eliza “Izzy” Forrester decides to hit the local drinking hole, she’s not ready to meet the town’s good, solid guy. She’s definitely not prepared to engage in her very first hookup with him.

Then Izzy wakes up the next morning in Johnny Gamble’s bed and good girl Izzy finds she likes being bad for Johnny.

Even so, Izzy feels Johnny holding her at arm’s length. But Johnny makes it clear he wants more and Izzy already knows she wants as much of hot-in-bed, sweet-out-of-it Johnny Gamble.

He’s in love with someone else. Someone who left him and did it leaving him broken. Whoever was up next would be runner up, second best. Knowing the stakes, Izzy will take what she can get from the gentleman that’s Johnny Gamble. And even knowing his heart might never mend, Johnny can’t seem to stay away from Izzy.

Until out of nowhere, his lost love comes back to town. He’s not going back, but Johnny still knows the right thing to do is let Izzy go.

And Izzy knew the stakes, so she makes it easy and slips though his fingers.

But that’s before Johnny realizes Eliza moved to town to escape danger that’s been swirling around her.

And that’s why Johnny decides to wade in.

That and the fact Eliza Forrester makes breakfast with a canary singing on her shoulder and fills out tight dresses in a way Johnny Gamble cannot get out of his head.

You guy’s sitting down?

I sure hope so.

I really liked this book.

For those around here who know me and and my history with Kristen Ashley, you know how exciting this is for me.

For those who don’t…lemme hand you a quick run down.

I ADORE the vast – and it is VERY fucking vast, home girl is prolific – majority of her books.

I ADORE her rambling lunatic way of writing that makes connections between characters so strong, so believable, so I’m-right-there-with-them, sitting in their living rooms, taking in their candid family photographs.

I ADORE the worlds and clubs and posses and chickdoms she has created.

I ADORE home girl’s ability to write the best sex in romance.

Beginning with Broken Dove, and Deacon, and then The Promise, I became…less than enthused.

And then there was Wild and Free.

And my head exploded.

To be frank: I have talked a LOT of shit about some of KA’s more recent releases.

I have been brutal in several reviews – no seriously – BRUTAL.

Don’t believe me? I’ll link some of those reviews at the end of this bad boy.

And you know what?
I scoff at that.

Because I am one of her biggest fans.
BIGGEST.

I have read over 52 of her books, people.
FIFTY-TWO.

And as true FANS, we are allowed to be passionate and critical of stuff we don’t like from authors we love.

People don’t read and buy 52 things they know they are going to dislike.
That’s just bad math.
Most fans (funds and space allowing, of course) get everything they can get their hands on from whatever their fandom is.

Just look at EVERY fucking booktubers “Harry Potter Shelf,” for fucks sake.
They literally must have asked mom and dad for every edition, version, companion book, wand, what have you, for every Christmas and birthday since they were ten years old.

And I dig it. We all like to surround ourselves with stuff we love.

So it brings me total fucking JOY to have loved this thing.
I truly enjoyed every minute of it.

Yes, it got a little long-winded at times.
Yes, the second half was kind of without any of the major climactic moments I was expecting.

But, you know what?
Reading this made me feel like I was back in 2011 reading Motorcycle Man, which was my first KA ever.

Did I love it as much as Motorcycle?
No.

Probably won’t be for you either.

But that’s ok.
Because I just enjoyed it.

Reading this was like wrapping a familiar warm blanket around my shoulders and saying, Ahhhh….

I really liked Johnny.
He was swoony and KA-sexy.

And I really, really liked Eliza.
Yes, she was a hippie-ish, cooking, decorating, CUTE dress-wearing KA heroine, as per usual.
But, she was also PRACTICAL.

She wasn’t Justice, the retarded “poet’s soul” from Bounty whom I wanted to tag with a mack truck.

But, most of all? 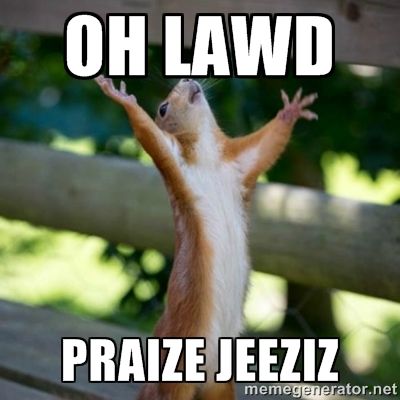 Also worth noting is that KA changed up some stuff.

She didn’t have people chin-lifting, saying “eyes” and constantly wax poetic about how “cute” everything was. She also didn’t go into detail about drywall and slowly kill the parentheses button.

All of which I loved and appreciated.