Of course I want to be like them. They’re beautiful as blades forged in some divine fire. They will live forever.

And Cardan is even more beautiful than the rest. I hate him more than all the others. I hate him so much that sometimes when I look at him, I can hardly breathe.

Jude was seven years old when her parents were murdered and she and her two sisters were stolen away to live in the treacherous High Court of Faerie. Ten years later, Jude wants nothing more than to belong there, despite her mortality. But many of the fey despise humans. Especially Prince Cardan, the youngest and wickedest son of the High King.

To win a place at the Court, she must defy him–and face the consequences.

In doing so, she becomes embroiled in palace intrigues and deceptions, discovering her own capacity for bloodshed. But as civil war threatens to drown the Courts of Faerie in violence, Jude will need to risk her life in a dangerous alliance to save her sisters, and Faerie itself.

Well, despite marking this as “currently reading” (I put books there that I plan to read within the next week or two) I finally cracked this bad boy open today…and finished it in one three-hour siting.

So, if that’s not an indication of something being a seriously above average read, I don’t know what is. 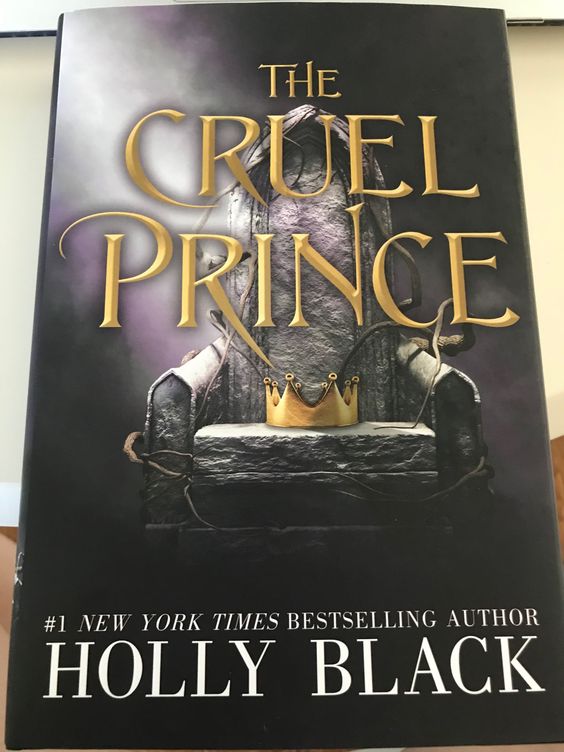 Jude was a really edgy, imperfect, relatable character and I really liked her.

So often, I want characters to do something – maybe say something or do something I want them to do in a specific moment – and I am left feeling frustrated and annoyed when they don’t.

They DON’T deliver the nasty comeback I feel someone so amazingly deserves.
They DON’T punch the face of the asshole who has done them wrong.
They DON’T say “fuck you” to the person who just betrayed them.

Home girl DID all of those things and more and I loved it.

She saw that proverbial high road on some occasions, the one other characters sometimes begged her to take and she said:

On top of that, the plot here was pretty well thought out and I enjoyed the twists and turns, none of which felt convenient or trite.

It will definitely be interesting to see what happens with the plot and certain character relationships in the next book.

The wait will be long.

Oh and PS…fuck you, Taryn.