It has all the makings of a picture-perfect wedding. There’s just one detail that could have used a little more planning…

Hulking ex–rugby player Spencer Carlisle has crushed on Daffodil McGregor since high school. On the field he knew the moves. Off, he was a clueless clod who never gained an advantage. Rejected and rebuffed, his infatuation finally cooled—like ice.

Now, it’s impossible not to feel the chill—since he’s the best man and she’s the maid of honor at their siblings’ wedding. For the sake of harmony, they’re calling a truce.

Daff has her reasons for being a cynic when it comes to romance. And twice as many for not letting on that she finds Spencer attractive—although she’d rather gnaw off her thumb than admit it. Still, there’s more to the sweet and sexy lug than meets the eye. Maybe he is the one who can heal her emotional scars. Maybe he’ll give her a second chance. Because Spencer could be Daff’s own best man—if it’s not too late to come to terms with the past.

First of all, let me say, my apologies to Natasha Anders. She’s a total sweetheart and gave this ARC to me and how did I repay her?

By taking MONTHS to finish it.

Not cool of me.

I’m sure you can all relate to this, but I am a moody AF reader on super steroids.

I will binge on one trope of romance and blow through six books in one weekend and then I will turn around and not touch that genre for months.

Also, *confession time* straight contemporary romance (with no sports or military angle) is a genre that I am usually in the mood for the least.

What can I say, I am a paranormal, fantasy, MC club, mafia, dark romance slut of the highest order. 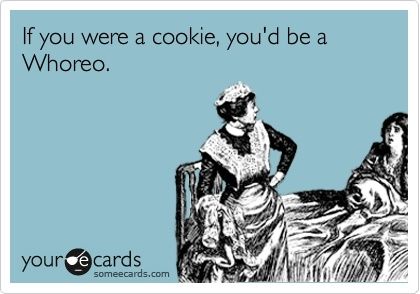 And I think that accounts for the bulk of my lackluster pace here.

The other part is probably this:

The main character in this story, Daffodil, is one ginormous C-U-Next-Tuesday.

She was a bitch in the first book and she was almost even worse in the beginning of this one.

She treated Spencer (the H) like complete shit and I wanted to punch her ass in the face.

Once I pushed past that hump I was stuck behind, we got to see where Daffodil was coming from and why she was the way she was.

I still don’t think it excused some of her behavior…but at least I didn’t still want to smack-a-ho at the end of the book.

Is this book as good as Unwanted Wife?

No.
But then again, I love that book so hard I don’t know if anything else in this vein will ever come close.

Still.
Once I finished this book, I appreciated the character development and I think I will like it even more when I re-read it in the future.