Lauren
Going back to work was supposed to be a painless transition, but when my new boss turns out to be an arrogant, cocky jerk, he quickly turns my professional life into a world of torture. Okay, fine, calling him an asshat before knowing he was my boss wasn't my finest moment. Hating him should be easy. I just never counted on him being so gorgeous or charming when he's not annoying me.

Austin
I expected my new assistant to be professional and punctual, but all I'm getting are dirty looks and rude comments. I should fire the little hellion, but instead all I can think about is bending her over my desk and breaking every rule I've ever made for myself.

One look. One touch. One night. If we break the rules, our lives will never be the same again.

Good thing rules were made to be broken. And besides, it feels so good to Tempt the Boss.

➦4 stars for OTT humor lol Do you like romantic comedies? Office and second chance romances? Douchebag bosses who secretly lust over their female PA? …a little pranking at a workplace, perhaps?

➦Ok! Then this one is for you. The heroine is a divorced mom of two who starts a new job as a PA for Mr. Douche. It’s her first job in years and she is determined to succeed. Ez, right?

➦This was my first book by Natasha Madison and I very much enjoyed it. Mostly, as mentioned above, I found it entertaining. Some scenes were so “…wait, WHAT?” that I found myself lol 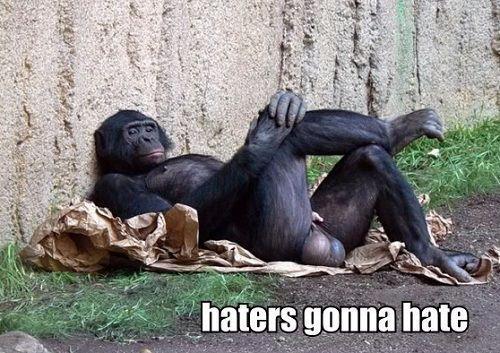 ➦I know this monkey makes little sense to you now, but it sure will by the time you’re done with this book.

➦Now, the constructive criticism part. Some parts frustrated me a lot. I really dislike it when the same scene is being told from both POVs, especially if it involved dialogue. It annoys me to read the same thing over again and it add little to the story while slows the pace down. There were multiple instances of this happening and I was sometimes forced to skim. #nopatience

➦Take those repetitive paragraphs, remove them, and add another scene or two. Primarily I would have enjoyed more of the hero getting to know the kids. I think the book would have really benefited from it because for me it felt that the kids accepted him too fast, especially the daughter. Some sentences contained repetitive words.

➦Overall, a good read with whole lot of humor and steam. Did I mention steam??? Some scenes were very um… yeah. Verra niiice. I might have been taking notes. Just kidding.