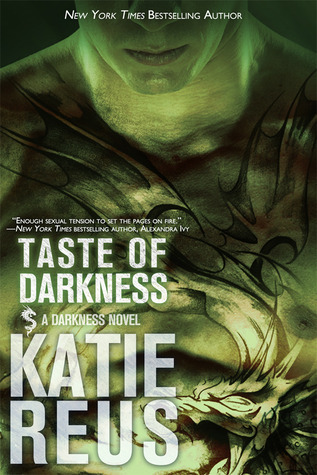 He spent more than a thousand years imprisoned in Hell…

Drake is an ancient dragon shifter, one of the most powerful beings in existence, but over a millennium trapped in utter darkness has left him ill-equipped for modern society. If it wasn’t for Victoria, the sweet female brave enough to befriend him, he’d be lost. She’s smart and gorgeous and everything he never dared dream of during his years of agonizing loneliness. He may not have anything to offer her, but one thing he knows for sure: he’d die to keep her safe.

Only to fall into the heaven of her touch.

Victoria is a wolf shifter, healer of the Stavros pack. She’s seen a lot, but she’s never met anybody quite like Drake, the fiery, fascinating shifter who can blaze through the skies unseen by mere mortals. He’s lost, dangerous, and the last male she should fall in love with, but the more time she spends helping him navigate modern life, the deeper—and hotter—their connection becomes. She’s thrilled when they finally locate his family, but reuniting with his people plunges them both into unimaginable danger. It's a race against the clock trying to figure out who wants them dead and who they can trust, especially when the threat is closer than they ever imagined.

Oh Le Sigh. This was PNR/UF perfection for me. Perfection I tell you.

Because anything paranormal?
Mixed with some Urban Fantasy?
With a huge side of “we are mates, dammit” romance? Oh, and one more thing… And being that this book (book two of my my newly found, “how the hell did I not know about this series,” series) is about DRAGONS?

I enjoyed the shit out of this thing.

I loves him so much that, well…

With a Dragon baby.

Okay, so not so much. This installment follows the story line laid out by book one – which I didn’t review because… READING THIS ONE.

Needless to say, Drake was stuck in hell for 1500-something years or so and was able to get back to Earth via the Hell Gate opened in the last book.

LOL Can you imagine THAT convo with the husband?

Him: “What are you reading, babe?”

Me: “Oh, nothing, just a book about a dragon shifter who came through the hell gate and his healer/werewolf shifter mate.”

Anyawesomehubs, like I was saying, Drake came through in the last book and is verra attached to Victoria. Together they find out about the rest of his Dragon family and, of course, try to solve the mystery of who sacrificed Drake to hell.

Because, you know, you can’t open a Hell Gate without some sacrificial Dragon blood.

Now, that said. I really enjoyed the world building here. Katie Reus is a very talented lady author and, quite frankly, after reading a lot of ARCs and indies lately – which, don’t get me wrong, I LOVE to read – it IS nice to read something…EDITED.

I liked Lyra from the first book, liked Victoria from this one, and am liking Keelin from the third book.

Because, am I already knee deep in book three without reviewing/rating book two?