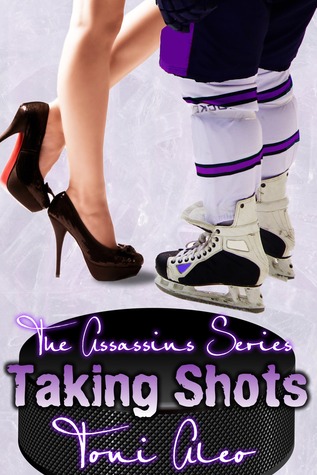 In Toni Aleo’s exhilarating debut, the first in a series featuring the hockey hunks of the Nashville Assassins, a reformed bad boy helps a charming, willful woman face off against the demons of her past.

No matter how hard she tries, Eleanor Fisher never thinks she’s good enough, from her job to her weight to her love life. After enduring years of abuse at the hands of an ex-boyfriend, Elli has been drifting through life in a daze. Until, that is, she meets Shea Adler on a promotional shoot for the NHL’s Nashville Assassins. Before Elli knows what’s happening, the gorgeous Shea breaks the ice and shatters her world.

A brilliant athlete inside the rink, Shea Adler is tired of the life he’s living outside of it: the girls, the money, the drinking. But everything changes when he meets Elli. After laying eyes on this feisty, witty, beautiful woman, he feels like he’s just taken the hardest hit of his life. No matter how skeptical she is, Shea knows they are meant to be together—if only he can convince Elli to put her insecurities aside throw her insecurities out the window before she misses out on a shot at love.

Includes a special message from the editor, as well as excerpts from these Loveswept titles: Trying to Score, Empty Net, and Along Came Trouble.