He’s the love of her life, but he doesn’t know it.
She’s his one moment of sacrifice in a lifetime of survival.

He was damaged and wild, but resilient.
She’s always been obedient. Now she’s restless.

Home for the summer between college and med school, Pearl Torres Frank knows two things: Boyce Wynn is the embodiment of everything she should run from, and everything she wants to run to. Rebellious and loud. Unconcerned with society’s opinion of him. Passionate. Strong. Dangerous.

And one more trait he hides from everyone but her:
Sweet. 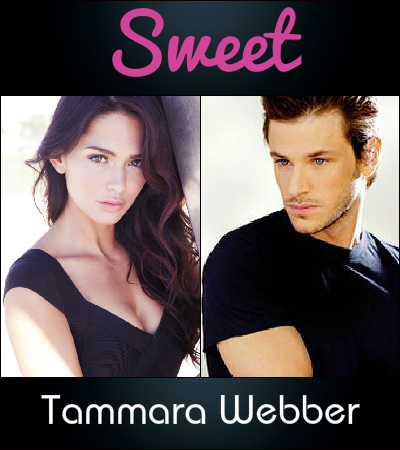 “Sweet” is a beautiful, romantic love story about two individuals who despite some obstacles in their life they find their way towards each other. It’s a wonderful story about second chances at life, at love and about self discovery. This novel was my second Tammara Webber’s book and I enjoyed it as much as the first one.

“Sweet” tells the story of Pearl and Boyce. They know each other since they were kids, when Boyce who was 7 years old saved Pearl from drowning. From that moment they form a bond, a connection is made and Boyce becomes Pearl’s protector. A connection nobody knows about it. Over the years they become friends, falling for each other, but they as kids they have insecurities and fears so they never admitted their feelings for each other.

Boyce never had an easy life. His mother walked out on him when he was just a kid, leaving him and his brother with an alcoholic, abusive father who never cared for him and who never treated him like a son. He found in his brother a role model, always having each other backs, but his life was shattered when he finds out that his brother, a soldier, died in Afghanistan. Boyce has been working for two years in his father shop as a mechanic while his father has been sick. Now his father has passed away and Bryce feels free for the first time in his life.

“When are you going to stop being afraid to live your life, Pearl?”

Pearl has been accepted into many medical schools. Medical school has been her mother’s goal all her life and all her life she believed it was hers as well. Until she realized that joining the medical profession wasn’t what she wanted to do with the rest of her life. Instead, she took her GRE and applied to a graduate program in Marine Biology in her hometown. She doesn’t want to disappoint her mother, but she finally knows who she wants to be and what she wants to do with her life. 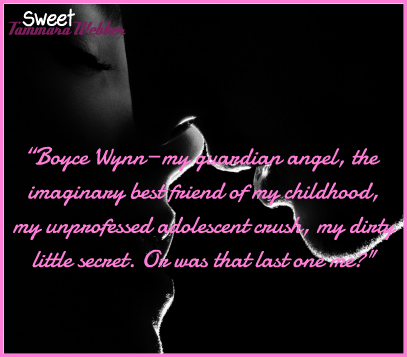 Despite the fact they have been apart for years, Pearl and Bryce’s relationship never changed. They still feel the strong connection between them and as always, Bryce is the one who is there for Pearl when she needs help, supporting her and caring for her.

“In four years, nothing had erased or even dimmed my memories of Boyce. His kiss. His touch. The disorienting intensity of his gaze.”

This was a wonderfully written story that really warmed my heart. It was really gripping from the beginning and I couldn’t put it down. The story is written in dual POV, 1st person, but through many flashbacks we get to know these characters better and understand their dynamic and connection.

I mentioned before in other reviews that I’m not a fan of flashbacks. Almost every time I find myself bored with them so I really was surprised that they worked for me here. Through them we get to understand each character as an individual and also their beautiful connection. And let me tell you, I felt with all my heart this powerful, touching, palpable connection between them. It simply felt REAL! I never doubted these characters are meant to be together. As they both knew with all their hearts, they are perfect for each other. And they truly are! I felt this through every kiss, every touch and every moment they shared. They complete each other in such a wonderful way. 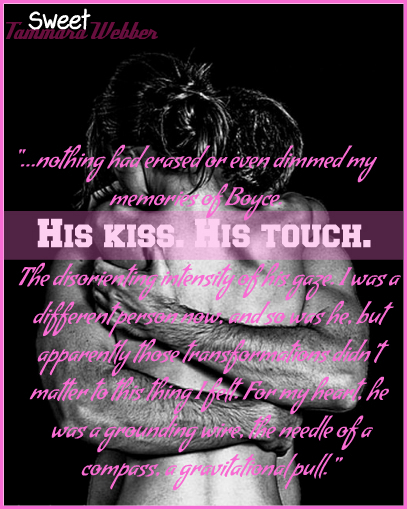 Tammara Webber’s main characters in this novel are endearing, real, relatable and well developed. She did a great job portraying both Pearl and Boyce as individuals and also as an item. Pearl is the good girl, focused and guarded. She’s a very sweet girl with whom I relate on some level. Her struggle with what she wants do with her life is very well done in my opinion, felt real, I understood her and I also admired for her determination. She is loyal, quiet and shy and maybe at times a little naïve, but she’s a tough cookie.

Bryce became a great young man even if he had a hard life. He’s strong, he’s a fighter and he appreciates what he has, which I really liked. The way he is with Pearl is heartwarming. He’s her protector, her confident, the one who accepts her and loves her for who she is. He’s sweet, caring, attentive and made me swoon so many times. I adored how flirtatious he is at times. He made me smile and I felt for him more and more with every chapter.

I liked Pearl and Bryce’s friendship as much as I liked their romantic relationship. I loved how easily they interact with each other and how well they know each other. Pearl knows the real Bryce and Bryce knows the real Pearl. Even if they spent years apart, their friendship and they feelings for each remained the same.

I also liked how their relationship progressed and how they admit their feelings for each other. The dual POV is fantastically done and I found the storyline very interesting and captivating.

All in all, “Sweet” is a wonderful story, beautifully written with engaging characters that will steal your heart and a great, solid plot. 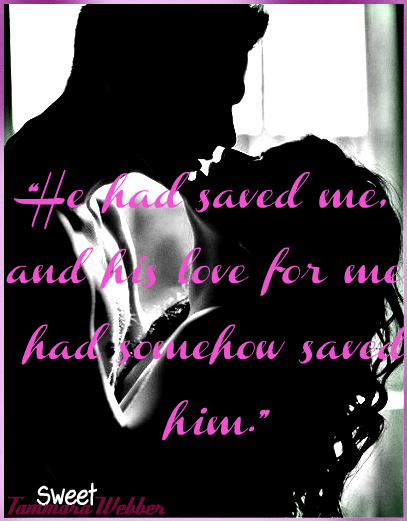