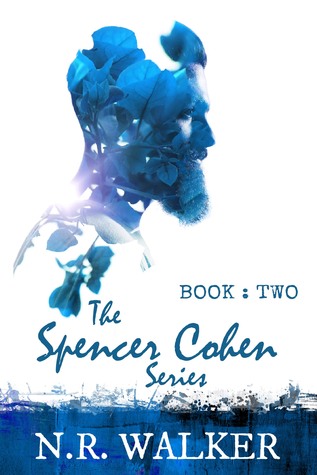 Finally going from fake-boyfriends to the real thing, Spencer Cohen and Andrew Landon are trying to take things slow. They know what they have could be something special and despite the flammable sexual tension, they don’t want to crash and burn.

Spencer is learning to open up, sharing the secrets of his past with Andrew. Afraid to put his heart on the line, yet seemingly unable to stop it, Spencer knows he’s falling in love with him. Andrew is petrified of leaping in blindly, yet it seems the slower they go, the faster they fall.

As they navigate their new relationship, Spencer worries Andrew will freak out when he takes on a new client. But it’s not a normal case and Spencer soon realises things are not what they seem. When things take a downward turn and they work together to help the client, Spencer and Andrew need to decide if they’re ready for the next step. 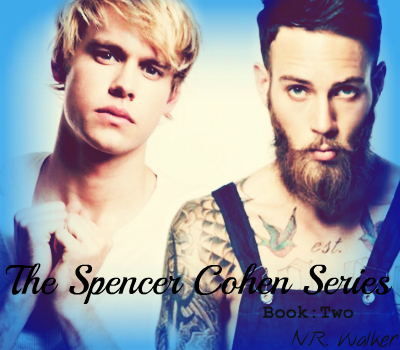 This second installment in the series was even better than the first one. Sweet and heartwarming, it picks up right where the first installment ended. Spencer met Andrew working as a boyfriend for hire when his task was to help the other man win back his fiancée. But everything changed for these two when they realized they want each other. Now, Spencer and Andrew are no longer pretending to be boyfriends. They became real looking forward to know each other better.

“I’d spent years not allowing myself to feel anything, and then this guy from the cover of Sexiest Geek Alive knocked me on my arse.”

Spencer learns how to open up with the other man. We find out what happened with him years ago and why he doesn’t speak with his family. He had kept himself at a distance from any kind of relationship trying to protect his heart, but Andrew slowly breaks all his emotional walls. Being patient and understanding, Andrew becomes everything Spencer always wanted and needed. Andrew also realizes how good Spencer is for him, how he gets him, how good he makes him feel in his own skin.

“When he left I was missing something. I wanted something, I just didn’t know what it was. But it was never Eli. God, you made me realize he didn’t know the first thing about me.”

I really enjoyed this second book in the series. The characters’ development was fantastically done and once again I fell in love with these two guys. Both of them were genuine and endearing. I really sympathize with Spencer. His past was so sad, so I’m glad he found Andrew who eventually made him realize that he’s lovable and wonderful exactly like he is. Andrew was as awesome as Spencer. Intelligent, talented, funny he is the perfect man for Spencer. He gives him exactly what he needs, being sweet and caring and so thoughtful.

I really liked these two guys individually, but together were simply wonderful. They melt me into a puddle of goo. They were so cute together. And they really made me smile. I enjoyed their interactions and the honesty between them.

“He brushed his lips against mine, almost but not quite, and I thought my knees would buckle. My heart was pounding so loud I think he could hear it. Then he touched his bottom lip to mine before pulling back just a fraction. My breath hitched, and he smiled. “My favourite part is the almost-kiss,” he whispered. “It’s intoxicating.”

This second installment is steamier than the first, which obviously I loved. These two were so sexy and adorable together and the tenderness between them was heartwarming. As Spencer, I most definitely enjoyed Andrew’s new side. Sexy and demanding at times the man definitely knew want he wanted.
The supporting characters were again fantastic. I enjoyed the dynamic between them, the familiarity and the banter. Really entertaining.

Overall this was a really great read and I’m looking forward to read the third and final installment!