Her husband cheated on her, and when everything she wanted in life slipped through her fingers, she fell apart. When she did, she took another heart wrenching hit as she lost the respect of her children.

When her ex took her family from California to live in the small town of Magdalene in Maine, Amelia decided it was time to sort herself out. In order to do that and win her children back, she moves to Cliff Blue, an architectural masterpiece on the rocky coast of Magdalene.

Her boxes aren’t even unpacked when she meets Mickey Donovan, a man who lives across the street, a man so beautiful Amelia takes one look at Mickey and knows she wants everything from him.

The problem is, she finds out swiftly that he’s friendly, he’s kind, but he doesn’t want everything back.

Amelia struggles to right past wrongs in her life at the same time find out who she wants to be. She also struggles with her attraction to the handsome firefighter who lives across the street.

But Amelia will face a surprise when her friendly neighbor becomes not-so-friendly. As Amelia and Mickey go head to head, Amelia must focus on winning back the hearts of her children.

She soon discovers she also must focus on winning the heart of a handsome firefighter who understands down to his soul the beautiful heiress who lives across the street is used to a life he cannot provide. 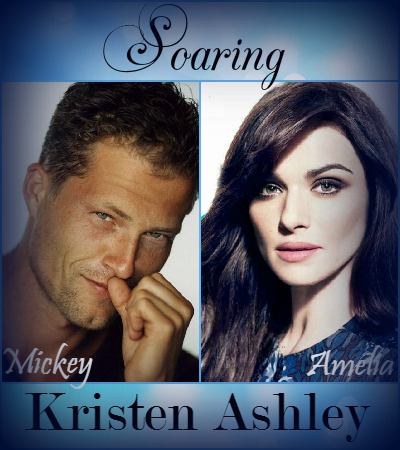 Amelia Hathaway is a 47 years old lost woman. She lost what she loves the most, her beloved children. After she found out her husband cheated on her, she fell apart. She was angry, she was bitter and she was hurt. She lost not only her husband of 15 years, she also lost her children, their love and their respect. Her life is shattered when she loses their custody and her ex moves in Magdalene, a small town in Maine. Amelia decides is time to sort herself out, so she moves in Magdalene as well to be close to her children. She is worried about them. She wonders if she can win them back, if she can create a comfortable and safe home, is she is strong enough to be the mother she was and the mother they need. She’s scared, but she’s determined to become a mother her children can be proud of, not ashamed, a mother who they can love and respect. 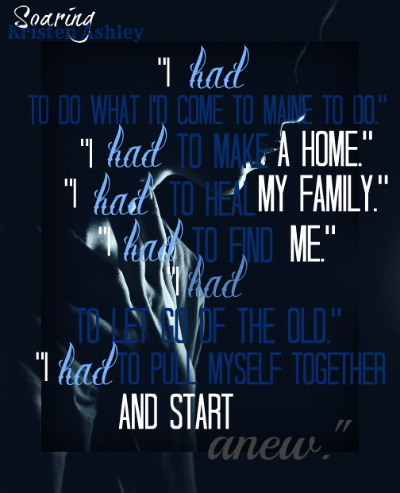 Amelia not only lost herself, but she also lost her self-respect as well. With an ugly divorce, an ex who didn’t love and respect her and parents who had and still have certain expectation from her, Amelia doesn’t know who she is anymore. But she wants to find out, she wants to discover herself.

“I was going to be me.
I had absolutely no idea what that me would turn out to be.
I just knew whoever she was, for the first time in her life, she’d be real.”

Mickey Donovan (48) is a good man. With an alcoholic ex he tries to be there as much as he can for his two children, to care for them, to give them what they need. He loves them more than anything, always coming first. Amelia is Mickey’s new neighbor. From the very first moment she knows she could be with a man like him. But it doesn’t matter, because all she wants is to get her children back. Neither of them wants to be in a relationship. Both of them struggle with their attraction for the other, but as the time passes they can’t deny the strong connection and the strong chemistry between them.

“Then his tongue touched my lips, I opened my mouth, it slid inside…
And I tasted Mickey.
He was the most beautiful taste to ever touch my tongue.
Because of that, I wanted more.
And I took it, in doing so receiving the best kiss I’d had in my life.
It was deep, wet, blazing.
So much of all that I forgot everything.”

Even if this was not my favorite book by KA, I must say this was a good, solid read. As always I enjoyed the writing which once again was flawless and addictive.

For some reason I expected the heroine to be a little bit of a b*tch. She’s presented and characterized later as a redeemable character, but I expected ‘the change’ to be a little later. Anyways, I don’t have any complains about her character. I really liked Amelia. She’s strong, yet she has moments when she’s vulnerable. She has flaws, she knows she made a lot of mistakes, but she’s determined to win her children back. She loves them, she’s kind-hearted, sweet and caring. Despite the fact she’s a wealthy woman, she’s not spoiled. She knows all about money not bringing happiness. One of the things I really enjoyed about her is how her sassy she is. I love a heroine who gives as good as she gets. And Amelia certainly did. Needless to say I enjoyed tremendously her characterization. 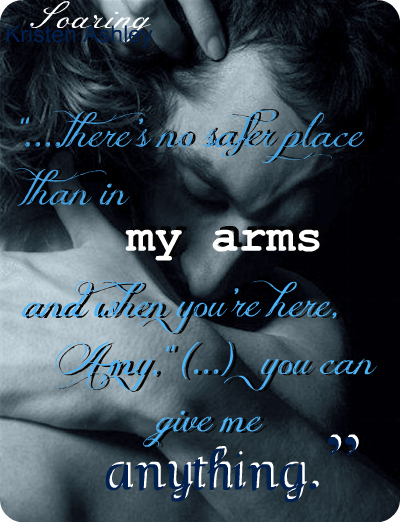 While I really liked/loved Amelia’s character, I only liked Mickey. Mickey is the usual KA hero. He’s a great man and a great father. He respects women and he can be a gentleman when he wants. He also can be a very sexy alpha-male. He’s protective with the women in his life and he’s caring, loving, supportive, patient, attentive. Overall, yeah, he was pretty great. But like I mentioned above I only liked him. I can’t say I have a good reason for that, but this is how I felt. Maybe because he was too nice?!?

“All my life,” I whispered, “I was the girl who everyone thought had everything or could get it. But the only thing I ever wanted was a man like you. You’re the best man I’ve ever met, Mickey Donovan.” I felt another tear and the words trembled when I finished, “And you’re mine.”

The internal conflict is very well done her and it felt real to me. I really felt for Amelia. Also, I totally understood Amelia and Mickey’s reluctance to get involved in a relationship. In my opinion they both have good, solid reasons not to want that. Despite all that, they can’t stay away from each other. Their chemistry was fantastic and I loved their bickering. I also liked how slow they relationship progressed. It really worked for me.

The side characters as always in a KA book are fantastic, likeable, relatable. I loved Amelia’s new friends, and I adored Amelia and Mickey’s children. Even if at times I didn’t agree with their behavior, they felt real. It was great to see how Amelia’s relationship with her children changed. It progressed naturally and in a very realistic way. I was really happy for all of them. I also loved the family drama. It wasn’t overwhelming at all. The interactions between the characters were great, entertaining and felt real.

What I didn’t like was the fact that at times the story dragged a little bit. Also, I can’t say I enjoyed all the decorating details. I like KA’s descriptive style (most of the time), but this time I felt they were a little too much. I really didn’t care about all the carpets and all the bowls.

All in all, “Soaring” was a great read with likeable, relatable characters, solid plot and fantastic writing. Not my fav book by this author, but a great addition to the series nonetheless. Can’t wait to read the nest book/s in the series! 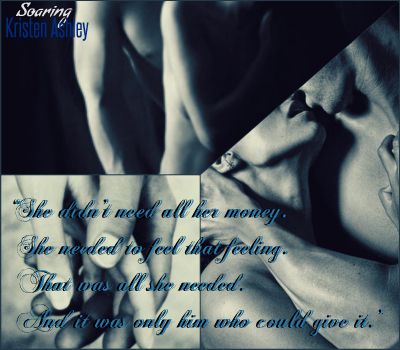 “There is nothing guaranteed in life. But the only leaps really worth taking are leaps of faith on love. So look where you leap, beautiful, and happy landing,…”