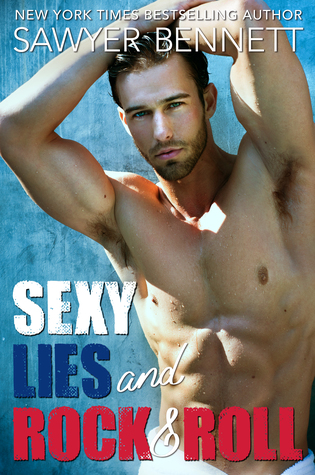 When you’re a rock god, fame and fortune are your two best friends, but they can be fickle bitches. Everyone wants a piece of me and I have no clue how to deal with it all. I’m being sued, pressured to sign contracts, and fending off rabid women who want to steal my virtue.
Well, not that I really have any virtue, but still… my life has turned completely bat-shit crazy.
That’s why I need Emma Peterson. She got me out of a bit of a jam once, and I know she can do it again. The only problem is that sweet, prim and totally straight-laced Emma doesn’t want anything to do with me. Not professionally, and certainly not personally.
It’s not that I want her in that way. Let’s be realistic… it would take a crow bar of epic proportions to get her to spread those legs for me.
No, I only want her legal expertise and for her to make sense of my crazy world. It’s a good thing I have just the leverage to make her do my bidding, because her refusal is not an option.

If you are looking for a sweet and sexy opposites attract story, look no further, because Sawyer Bennett delivered exactly that with this enjoyable read . ‘Sexy Lies and Rock&Roll’ was an enjoyable read overall and even if I found the story line to be a little predictable, I had fun reading these characters’ story.

“I had no idea what a conceited, egotistical jerk your are—”
“Better than the prissy, straight-laced wanna-be lawyer—”
“You asshole.”

Evan Scott is a rock god who loves what he does for a living. However, he hates the fact that everyone wants a piece of him. Since he has some copyrights issues with his previous band colleagues, Evan is in need of a lawyer, and he needs one as soon as possible. When Evan meets Emma, a stuck up lawyer his aunt sent to represent him, he’s totally indifferent about her, but as soon as he realizes she can stand up for herself just fine, he become intrigued wanting to know everything there is to know about her.

“She’s magnificent, and it makes me wonder what else she’s hiding under that little shell of goody-two-shoes armor she wears. And for some fucking weird reason, I like the fact I’m the one who’s got her panties in a twist. “

Emma knows who Evan Scott is and she wants to help him, but not necessarily because he cares what happens with him. In order to get her dream job, she must help the infuriating rock star, so she’s determined to do anything to accomplish that, even join him on a tour and work for him and with him for a while.

“I love how I can play this body as easily as I can play my guitar. And you know what, Emma love… the sounds you make when you come are as beautiful as the music I make.”

‘Sexy Lies and Rock & Roll’ was sweet, sexy and overall more lighthearted than I had anticipated. The angst and drama were very low and while the story line, like I mentioned above, was predictable, I found this one to be a pretty enjoyable read.

The two main characters were well portrayed and likeable for the most part, especially our sexy rock star, Evan. Evan was a little of a bad boy, but very sexy, fun and charismatic. Even if at the beginning was kind of an a$$ with our heroine, as the story unfolded he showed his sweet and caring side numerous times. Despite being a douchebag, I liked Evan a lot. He was sexy and possessive and I liked how slowly but surely, he gets Emma out of her shell. I simply loved the process. It was entertaining as hell, especially since they are so different from each other.

Emma, to be honest was not my kind of heroine at all. She was so judgmental with Evan, I admit, only at first, but her behavior towards him at times just pissed me off. She also was kind of naïve and immature an also insecure at times; in other words exactly how I don’t like the heroines I’m reading about to be. Also, the way she handled some things as the story unfolded made me roll me eyes and want to slap her senseless. Needless to say, I wasn’t too impressed by her character. I liked that eventually she realized Evan is different, that in some strange way he might be just perfect for her, that sometimes, exploring life can be a good thing. She was smart and tenacious, which I liked, but these qualities weren’t enough for me to love her.

I think my favorite aspect of the story was the chemistry between these two characters. The author did a fantastic job regarding the connection/chemistry between them, which was palpable and off the charts hot. These two were sweet and sexy together and even if I didn’t connect with our heroine too much, I loved these two as a couple. Mainly because I felt they were good for each other. I really enjoyed their flirty, sexy interactions.

The ending was sweet, but everything was a little too rushed for my liking. So obviously, I was a little disappointed because I really expected something more. Also, the miscommunication between the two main characters as some point into the story annoyed me to no end.

I enjoyed some supporting characters and I found them to be well portrayed and engaging, like Midge and Emma’s father and I liked their role in Evan and Emma’s story.