The fourth story in the new adult series that began with the New York Times bestseller Real, featuring Brooke's best friend, Melanie, and the ROGUE she can't resist.

Greyson King...
My boyfriend. My friend. My protector. He's the reason I wake up every morning with a smile on my face, and the reason I fall asleep limp, worn out, and aching for his warm arms around me. When we make love, he says my name like it means something. Like I mean something.
He
Lied.
His name is Greyson King, but his alias is Zero.
There's zero trace of him, he has zero past, and now I know that with him, I will have zero future.
He may leave no trace of him anywhere, but his imprint is in me, in my very soul--and I hate that a mere look at him commands the beat of my heart. The temperature of my body.
I've looked for love my entire life. I've waited for the butterflies, the rainbows...
Instead I'm in a free fall of emotions and there's no one to catch me but the one man I should be running away from. The one man I thought was my prince charming.
Except this prince charming went rogue.
Greyson will stop at nothing to make me be with him. He'll let no one stand in our way, will allow no one to threaten me, and maybe this is what scares me most of all...
What will my rogue do to keep me?

I really liked this…Greyson was a really great lead. Possessive, alpha, borderline psycho (which I always love)…and I actually liked Melanie in this more than I liked Brooke in book #1!

Being that I figured she would annoy the shit out of me based on her characterization in previous books?

My only real beef is that I felt like the relationship development on this one fell a little short when compared to Real.

Remy is one one of my all-time favorite leads and, put simply, pretty hard (if not impossible) to top for me. Comparisons to Real are obviously going to be unavoidable being that this was billed as book #4 of the I Wanna Do Remy Real series.

I thought Evans did a great job making Greyson a tough alpha in his own right, while also giving us enough of Remy and Brooke to get a good Remy-fix, without Remy taking over the story (because he totally would otherwise).

So obviously, Remy’s books are still my favorite, but I really enjoyed this one and I look forward to what Evans has in store for us with Pandora in Ripped…Because (based on the blurb) it looks like the only way to attempt to top a badass fighter and a borderline assassin? 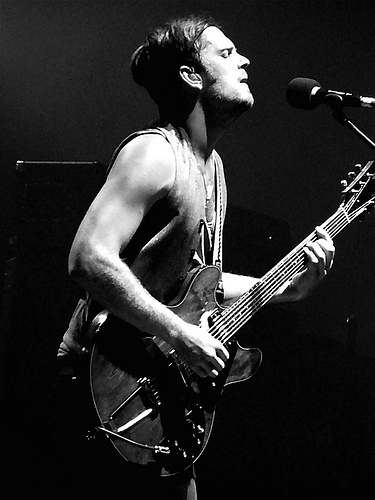