Most people know me as the drummer for Nothing but Trouble. Depending who you ask, I'm also a playboy, a loner, the life of the party, a screw-up, or according to my fans, "The Sexiest Rock Star on the Planet." Apparently, I'm a legend.

Am I surprised? Hell, no. It's a reputation I've earned behind my drum kit and behind closed doors. No one thought foster kid Landon Cox would become famous. Infamous, maybe. Notorious, probably. But successful? Never. No one except Piper Hastings. But I had to make a choice: my woman or my career. I picked fame and fortune... and spent every damn day since pretending I don't regret it.

Now fate's dropped Piper back into my life. I want to believe it's a second chance for me - for us. But while I can give her a few great nights, I can't give Piper a future.

Because there's a difference between a legend and a fairy tale...
Only one of them ends happily ever after.

We were gifted with getting to know Landon & Piper in Rock King, but getting their own story was so much better.

I’m completely helpless when it comes to rock gods, celebrities, simply famous people in general. I fall in love with their stories. This book for me was Fire and Ice. I loved it and I wanted to throw it ?? it consumed me as well as shattered me at times.

This story is about second chances.
“Thought we were the stuff of fairy tales. We’d been all too real. A love story cut short. No happily ever after ending for us.”
Landon is offered his dream and a way to mend his mistakes in his past, all he has to do is walk away without a word, focus on his career and focus solely on his new band. Too me, it was too easy for him, but what do I know? he walked away from Piper, no goodbye, nothing. Flash forward 6 years and we are at present time.

Landon is at the height of his rock career. And he was also at the top of being the ultimate playboy. Doesn’t mean he doesn’t think about what he lost, about his past, about the mistakes he made, what he sacrificed. He’s one of the hottest rock drummers in the industry, and all he cares about is forgetting his past but he can’t. So what happens when he comes face to face with the one thing he gave up that he highly regrets every single day?

“Rockers weren’t rocks. We were tumbleweeds, blowing with the wind. Subject to the whims of the industry.”

Piper is working for a Management Company that manages the man that walked away from her 6 years ago without a word. Simply vanished. She’s been great at avoiding him, she carries around anger, sadness, hate, and yes she still carries around love for the man that simply wiped his hands of her. After just breaking up with her cheating boyfriend, what perfect timing to come face to face with the ex that vanished years ago and you’ve succeeded at avoiding until now.

What will happen, what will come of these two lost souls that loved each other hard at a time in their lives but lost it? Will the love override the anger, the hurt? Will the love be greater than unexpected surprises? Will love override drugs and alcohol? Will love be enough to leave the rocker playboy life in the past, for a life of love with a soulmate? And will the love allow forgiveness?? 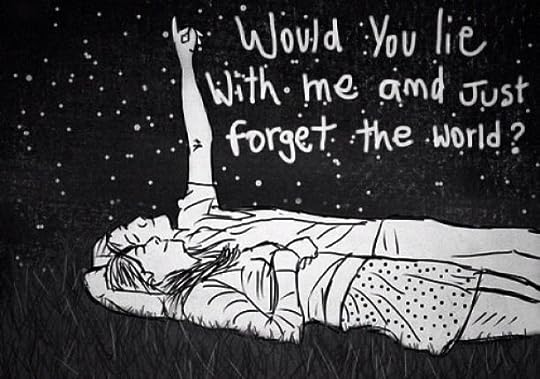 This story is engaging, I couldn’t wait to get more to Landon and Piper and each page gave a little more. Again, as with the last book, I had to get to the end of this one, so I locked myself in my room to avoid distractions, angsty as heck, slow burn for me. If you love Rockstars, if you love second chances, and if you love angst, pick this up, pick up BOTH books in this series. I can’t wait for the next!!!!! So Miss Tara Leigh, I will be patiently waiting for your next work of art❤

“Nothing worth having comes easy”

Tara Leigh attended Washington University in St. Louis and Columbia Business School in New York, and worked on Wall Street and Main Street before “retiring” to become a wife and mother. When the people in her head became just as real as the people in her life, she decided to put their stories on paper. Tara currently lives in Fairfield County, Connecticut with her husband, children and fur-baby, Pixie.