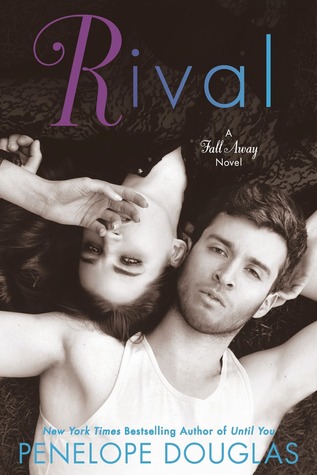 Madoc and Fallon. Two estranged teenagers playing games that push the boundaries between love and war…

For the two years she’s been away at boarding school, there was no word from her. Back when we lived in the same house, she used to cut me down during the day and then leave her door open for me at night.

I was stupid then, but now I’m ready to beat her at her own game…

Two years and I can tell he still wants me, even if he acts like he’s better than me.

But I won’t be scared away. Or pushed down. I’ll call his bluff and fight back. That’s what he wants, right? As long as I keep my guard up, he’ll never know how much he affects me….

Disclaimer #2: This is going to be a short, probably shiteous review because I am in a book coma from the crazy book marathon that was my weekend.

I really liked the premise. The whole forbidden, naughty young love thing? Awesome. The whole love/hate thing. Decent. Fallon? I liked her. She was a tough, tattoed, badass skateboarder with a wicked attitude.

I did not think their story was as powerful as Tate and Jared’s story, which I thought was crazy because Fallon and Maddoc – with their history – had the potential for even more of a connection in my opinion. With being each other’s first and then later the pregnancy/abortion, they had a lot tying them together.

I think what kept me from really feeling it was:

Maddoc getting sucked off by his fucking housekeeper and banging chicks while at college after he and Fallon re-connected following her return.

Yeah I get that she left him and yadda, yadda, yadda, but he supposedly loved her and pined for her and yet seemed to have no problem getting it on with other chicks.

Shit, he even starting making out with the college bang chick right in front of Fallon at the bar. Again, I get that she had broken it off and left him, but still, it irked me. I didn’t like it and it made me not like Maddoc as much.

Also, I felt that the “aha” epiphany moment where they realize they love each other just wasn’t as seamless and clearly done as it was in Bully. Yes, I realize that this is a different book, but it’s impossible not to compare the two.

Other than that, I love Penelope’s writing style and her characters. Also, that ending scene with Jax? Holy shit, EPIC. I am definitely curious to see how Jax and KC’s story will play out.