The monsters of my father’s world weren’t ever supposed to enter mine. I was safe from them.

Adam swept into my life on a whirlwind, a dark knight, a predator stalking its prey.

He’d been hiding in the shadows all along. Waiting for me to fall into his trap.

Her father needed to pay for what he’d done and there was one sure way to do it.

Take what he loved best.

I just didn’t realize that in the process of destroying the girl, I’d destroy myself.

Retribution is a full-length, stand-alone Dark Romance. NO Cliffhanger. NO cheating. A hard-earned HEA. Intended for mature readers. 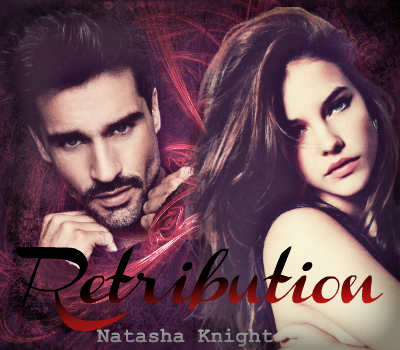 Natasha Knight delivered an intriguing dark-ish tale that totally kept my attention from start to finish. Even if the premise is nothing new, the story development was gripping and like nothing I had expected. “Retribution” is a story about revenge, secrets, lies, but also about love and redemption. Like I mentioned above is not a very dark read, but it’s not a fluffy read either.

“…I’d steal her life, just like they’d stolen mine.”

Ever since his sister was kidnapped, tortured and brutally raped only to kill herself after escaping, Adam had lived only for revenge. He wants to make the man responsible for her death pay and he will do anything to accomplish that. He doesn’t want to kill him, he wanted him completely destroyed and he thinks the key is his daughter, Elle Vega.

Elle is a nice, quiet girl who works one day a week in a portrait studio photographing children. Adam watched Elle for a long time. He knows everything that is to know about her. To get close to her he moves in the same building where she lives, later pretending that he is interested in her. Elle is completely smitten with her bossy and arrogant, yet gorgeous new neighbor who wears a suit and rides a motorcycle. Adam likes Elle in some way, but he can’t forget that she’s not so innocent she knows about her father’s dirty business and he can’t forget about the the fact that he lived for revenge all this time. 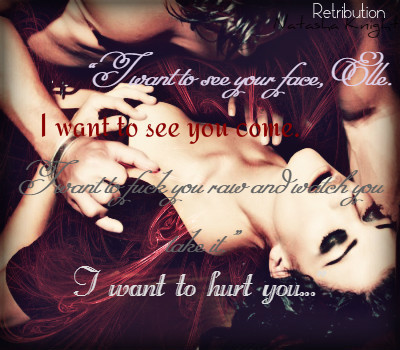 Adam was an anti-hero because of his thoughts and of course because of his action, but he was a hero as well for a good part of the book. His character was well developed, complex and I loved how his inner turmoil was done. It was simply believable! It was heartbreaking to see him struggling with his feelings and with his conscience and it was really great to see him realize that not everything is black and white. I really sympathize with him. Maybe some readers will dislike him or even hate him at some point, but I didn’t. I saw him for what he was from the start – a tortured soul.

Elle was a likeable heroine. A little innocent and also naïve of course like all the heroines in dark reads, but strong and also determined to survive. Even in captivity when she realizes that Adam still fights his own demons, she has faith that he is not pure evil, that he’s redeemable. She sees Adam’s two sides, she sees the real man who has her captive, she sees his vulnerability and most important of all she wants to help him despite everything he does to her. Needless to say Elle is genuinely a good person, compassionate and thoughtful even when she wasn’t supposed to be.

I can’t say the story was very twisted, but it has some interesting twist…to say the least I didn’t see it coming.