Oblivion is a sweet, sweet place.

No pain. No disturbing thoughts of the past. No guilt from my recent actions.

Deep down, there is still a part of me that knows how screwed up I am. I don’t see a way out, not now. Tria’s gone, and the possibility of her forgiving me in my current state is exactly zero. I know I have to pull myself together, accept my responsibilities, and try to make amends, but I have no idea where to start.

No job. No apartment. I’m living on the streets with the other junkies. As little as I had to offer Tria before, I have nothing to give her now. The only way out is to come clean and tell Tria the truth about my past, but the idea of reliving the memoires is so painful, I can’t think about it long enough to figure out a solution.

I’ve hit rock bottom, and I don’t even know which way is up any more. 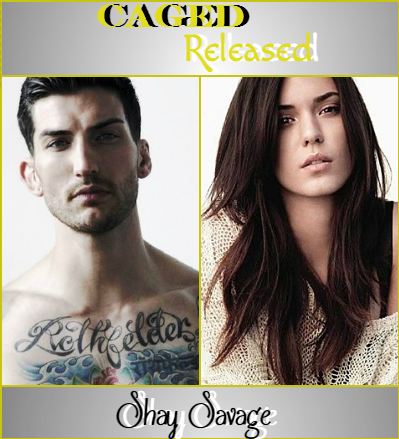 “Released” is the third and final installment in the “Caged”Trilogy and like the previous installment picks right where the second one ends. In this installment, Liam the male main character has to face his demons, he has to learn from his past and try to do what’s right for the others around him.

In this third installment we find out more about Liam’s fears and also about his past and what really happened back then. Needless to say this installment was the most angsty installment in the series and I have to say it captured my attention from start to finish. The main characters’ growth is very well done here. They grew individually and they also grew as a couple. Both of them had to learn how to be what the other needs. They had to learn how to be honest, how to communicate with each other, how to totally accept the other’s past and flaws.

I really felt for Liam in this installment. His past was very sad to say the least and emotional. If in the others installments in the series he learnt how to be in a relationship, in this installment he learnt how to grow up, how to become a better human being, how to become the man Tria needs in her life. I loved Tria here. She was so great with Liam. She was compassionate, supportive and caring when Liam needs someone on his side. I really felt she was the perfect match for him.

I have to say I really liked the supportive characters in this installment – Liam’s uncle and aunt and even his parents were so great. They were supportive and accepting not only with Liam, but with Tria as well.

Like the other books in the series, this one is told only from Liam’s POV and I have to say his POV was enough for me.

“Every time I look at you,” I said, “I see not just the beautiful woman who showed up in my life and gave me a reason to live it but the manifestation of everything we are together.”