As the president of the Sin City Outlaw Motorcycle Club, I fuck as hard as I ride and rarely go to bed alone.
The women are fast and the violence is intense.
I excel in both.
People either respect me or fear me. I'm not arrogant. It’s just the truth.
I was a king, reigning over Vegas without complication, until one gorgeous sheriff made everything fall apart.
When I saw her, I became a Neanderthal, wanting nothing more than to be between those legs.
I guess that’s where I went wrong, because my reality was shot to hell real fucking fast.
One kiss caused her to step over that blue line.
One night in her bed made me a traitor.
And now… we’re both screwed. 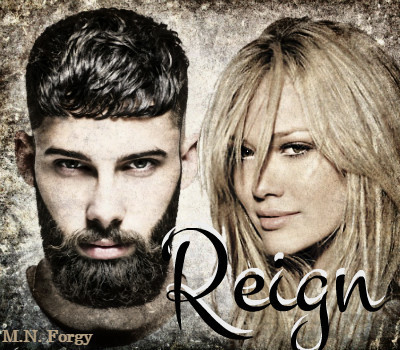 M.N. Forgy delivered a fast-paced, intriguing, dark, raw and most of all forbidden story that will keep you at the edge of your seat from multiple reasons from the beginning. Since this was my first read by this author I didn’t know what to expect, but the blurb was too exciting for me not to give this one a try – when it comes to forbidden love I’m all in.

“You don’t realize the savage acts you’re capable of until you are backed into a corner. You just have to broaden your outlook on what’s right and wrong to find your place”.

Zevin ‘Zeek’ Deluca is the president of the Sin City Outlaws, the most infamous outlaw motorcycle club in Las Vegas. He makes the laws and he loves all the power he has. He is violent and brutal. He is a killer. Needless to say everyone, including the police force, knows Zeek is not a man you want to cross.

Jillian wanted since she was a little girl to wear a badge, to clean to the streets of scumbags like ‘the Outlaws’. Her father is a lieutenant sheriff, so she always had to prove she is cut out for the job. When she meets for the first time the notorious President of the Sin City Outlaws, not only she doesn’t comprehend why everyone is so scared of him, but also her powerful attraction she feels for him. 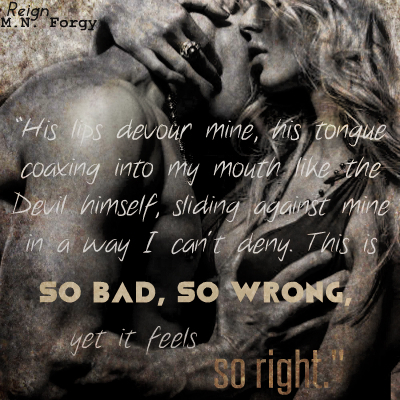 Zeek is intrigued to say the least by this feisty woman who doesn’t seems scared of him at all. She’s different than any other woman he met before and he has to have her in his bed no matter what. The chemistry between them is off the charts, but they can’t forget who they are and how dangerous any kind of relationship between can be for both of them.

“If I follow him, his footsteps would lead into the darkness, a side of the world that would surely scar me, bleeding me of any hope that love does exist.”

I enjoyed this first installment in the series. Overall, the story was thrilling and the pace was pretty great. I really enjoyed the forbidden aspect of the story. Both Zeek and Jillian are aware of the fact a possible relationship between them could ruin their lives, but the connection between them is too strong for them to stay away from each other. I think this aspect of the story was handled pretty well. I enjoyed the dynamic between these two characters and the pull and push was done pretty well. Also, the progression of their relationship felt natural, believable.

“This is obsession.
This is infatuation.
This is addiction.
It’s raw, real, and is going to destroy me in the end.”

Zeek wasn’t a very likeable character in the beginning, but as the story progressed he grew on me with his protectiveness towards Jillian. He is a criminal, so he doesn’t pretend to be the good guy. He makes sure Jillian knows exactly who he is, which I kind of liked it. Jillian was a likeable character as well. She is strong and determined at the beginning to stay away from Zeek, knowing very well how different they are from each other.

“Your mine Jillian. There’s no going back. You had your chance to tell me no, but that chance is gone now.”

I admit, I’m not really a fan of angsty novels, but sometimes I almost crave it, so I wouldn’t have minded the story to have more angst.

Overall, this was a thrilling MC novel and I’m looking forward to read more about these characters in the upcoming installments in the series. 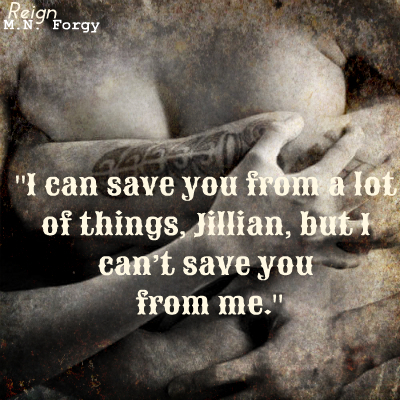