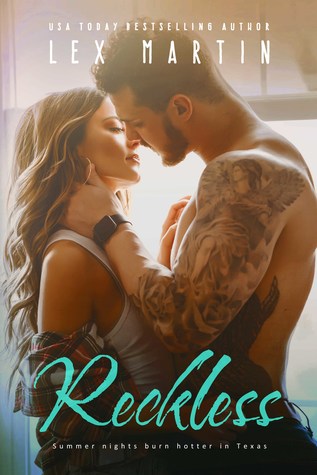 Reckless features Tori and Ethan and is a standalone companion to the USA Today bestseller Shameless.

Tori…
For the record, I’m not going to hook up with my boss.

I'm a lot of things—a screwup, a basket case, a flunky. But when I take a nanny job to be near my pregnant sister, I swear to myself I’ll walk the straight and narrow, which means I cannot fall for my insanely hot boss.

I don't want to be tempted by that rugged rancher. By his chiseled muscles or southern charm or the way he snuggles his kids at bedtime. Ethan Carter won't get the key to my heart, no matter how much I want him.

Ethan…
Between us, she's the last thing I need as I finalize my hellish divorce.

What sane man trying to rebuild his life wants a hot nanny with long, sexy hair, curves for miles, and a smart mouth? A perfectly kissable, pouty mouth that I shouldn't notice.

My focus is on my kids and my ranch, not the insufferable siren who sleeps in the room next to mine. It doesn't matter that she wins over my kids in a heartbeat or runs my life better than I do. Tori Duran is the one woman I can't have and shouldn't want, no matter how much I crave her.

I am definitely in the minority on this one based on the ratings I am seeing. Everyone seemed to love this one and I am just in the “it was average” corner.

It definitely picked up at the end…which is why I gave it a solid three stars instead of something lower, but it just wasn’t enough to salvage the total for me.

This wasn’t a bad read by any means, I just felt like it was a little weak for me in certain areas. 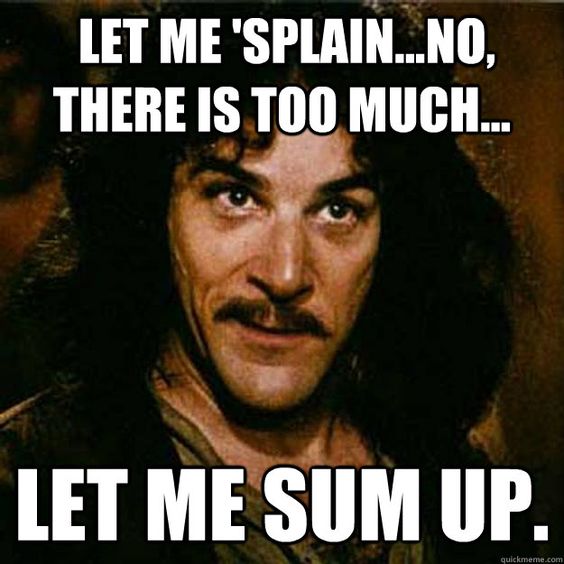 The vast majority of the story was taken up by the inner thoughts of Ethan and Tori (mainly Tori) which resulted in a lot of them TELLING me how they saw and felt about things – things they SPECULATED about the other person and other people in the book, and what had happened in the past (you know, to explain their behavior now).

Meaning there was a lot of telling and not showing.

Also, I would have liked the time frame to have been a little different. If Tori had been with Ethan and his family a little longer and they had more interactions on page which were palpable (and not basically overwhelmed by the inner thought narration mentioned above), their relationship would have felt more real to me. Their attachment more real.

Instead, things felt a little rushed and superficial.

There were also a few romance book cliches that made me roll my eyes.

1) Tori moaning all ridiculous and sexual-like when eating ice cream with Ethan.

I hate when romance authors do this.

Seriously, it’s such a cheap plot ploy that has been so overdone in the past and, quite frankly, it just makes me roll my eyes.

2) Tori screaming bloody murder and Ethan running to her rescue thinking she’s in danger, but really it’s cause she *drum roll please* saw a fucking spider.

She had a bad memowy wif spiders when she was a wittle kid and so she’s more scawed then a regular girl.

Of course, she was in the shower at the time, so HAD to jump into Ethan’s arms all naked and soaking wet.

Other than that, as I said, everything felt kind of rushed and superficial.

But maybe my expectations based on the blurb and high star ratings just didn’t align with what I got, which is no fault of the book.

Mostly though, I think it’s that I just don’t love books where the majority of the text and story come from the insecure, self-doubting thoughts of the main characters.