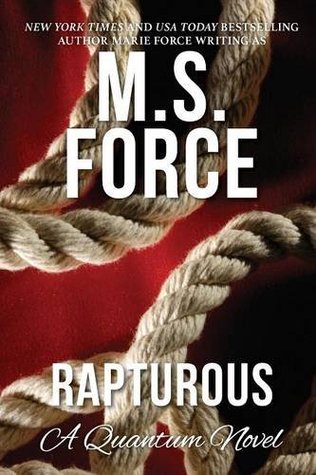 The story begun in the initial Quantum Trilogy picks up on Oscar night after Academy Award-winning director Hayden Roth kisses the woman he desires above all others, even though he knows she can never be his. Addison York craves her boss’s best friend, Hayden, but he has never given her an ounce of encouragement—until tonight when he kissed her after winning the Oscar. Was that kiss the start of something or another in a long line of frustrations where Hayden is concerned? Something is keeping him from acting on the attraction that simmers between them, and Addie is determined to find out what it is. But when she stumbles upon the secret that Hayden, Flynn and her other close friends have kept from her, will she allow hurt feelings to get in the way of true love? When Hayden won’t share his BDSM lifestyle with her, Addie decides to conduct her own research. Will she be intrigued or repulsed? And what will Hayden do when he finds out how she’s been spending her evenings?

The story picks up on Oscar night after Academy Award-winning director, Hayden Roth kissed Addie, the woman he always fantasized about. From that moment Hayden knew the dynamic between them will change in one way or another.

“I love to breathe in her sexy, alluring scent and fantasize about burying my face in her thick blond hair while I fuck her. I want to lose myself in her and never come up for air.”

Addie had worked for Hayden and had loved him in secret for ten years. She always wanted to be kissed by him the way he kissed her at the Oscars. She always suspected he wants her too, but neither of them have ever given in to the attraction that simmered between them for a long time.

Hayden tries to stay away from Addie. He always avoided complications and sleeping with her will change everything, knowing very well that one night together will eventually destroy their friendship. As much as he tries to stay away from her, he simply can’t. She is too irresistible and she seems to want him as much as he wants her, but Addie doesn’t know…yet, that she will get way more than she bargained for with Hayden.

“His desperation matches mine. His hands are everywhere, his lips ravenous, as if he’s been starving for me the way I’ve been for him. Every one of my senses is on full alert to his taste, his scent, the texture of his skin.”

After one passionate night together, as much as he doesn’t want to, Hayden is ready to stay away from Addie mainly because he has a secret – for several years he has been a sexual Dominant. He believes Addie is not into this lifestyle that means everything for him, that she is not a submissive so he rejects her trying somehow to protect her.

I enjoyed Hayden and Addie’s story a little more than Flynn and Natalie’s. It was well written, entertaining and so very sexy. I enjoyed the story-line and the fact that overall the story wasn’t too angsty even if it had a lot of potential to be. I really enjoyed the back and forth between the two main characters and I appreciated the fact that it wasn’t OTT as the story unfolded. The dynamic between them was intense, crazy at times and overall fantastically done.

Both Hayden and Addie were great portrayed, engaging characters. To be honest I liked Addie’s character a little more, maybe because IMO her character was a little more developed than Hayden’s. Hayden like any other Dom I suppose was – possessive and protective, but he also showed that he can be sweet, caring and very considerate with the woman he loves. Addie was pretty great as well. She was such a spitfire at times. I loved the fact that she wasn’t a doormat as the story progressed and that she was so determined to make Hayden realize that she can be what he needs. She was strong, confident and I totally loved her perseverance.

“I never should have doubted that you were exactly what I want and need. I should have trusted my heart because it kept leading me to you.”

I love the connection between these two characters and I loved them together, but I would have wanted the romantic relationship between them to be more developed. IMO the transition from friends to more was a little too rushed.

All in all, ‘Rapturous’ was a great addition to the series. Looking forward to read the other characters’ stories.