He seethes with raw power the first time I see him—pure menace and rippling muscles in shackles. He’s dangerous. He’s wild. He’s the most beautiful thing I’ve ever seen.

So I hide behind my prim glasses and my book like I always do, because I have secrets too. Then he shows up in the prison writing class I have to teach, and he blows me away with his honesty. He tells me secrets in his stories, and it’s getting harder to hide mine. I shiver when he gets too close, with only the cuffs and the bars and the guards holding him back. At night I can’t stop thinking about him in his cell.

But that’s the thing about an animal in a cage—you never know when he’ll bite. He might use you to escape. He might even pull you into a forest and hold a hand over your mouth so you can’t call for the cops. He might make you come so hard, you can’t think.

And you might crave him more than your next breath. 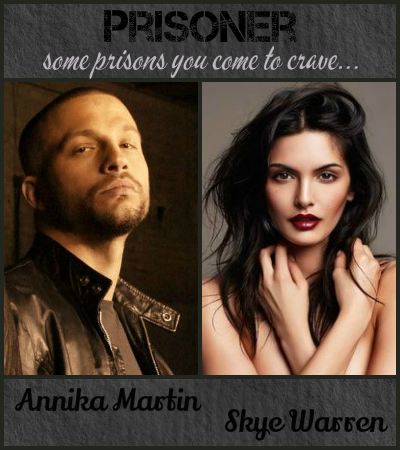 “Some people have a relationship that’s sunshine and roses. Ours is darkness and vengeance.”

“Prisoner” is the first book in Skye Warren and Annika Martin’s series “Criminals and Captives”. While the story has some dark elements – kidnapping, Stockholm syndrome and others, for me it wasn’t a super dark read. More like a light dark. If you read “Wanderlust” by Skye Warren you will like this one as well, because, there are many similarities between these two. I must admit until some point I was a little bothered and a little bored by them. However, there are some new plot devices that made the story interesting. (even if they weren’t very plausible)

Abigail (Abby) Winslow gets assigned to teach an English class at The Kingman Correctional Facility. She doesn’t want to, she tries to convince her supervisor that she’s not good enough for the job, but in the end she sticks to it.

“Even in chains, he seems vibrant, wild and free, a force of nature…”

Grayson is the inmate with the ID number 85359, a man who was convicted for killing a cop. From the beginning, Abigail is intrigued and attracted by the beautiful prisoner. He seems dangerous, but Abigail doesn’t fear him. At least not for the right reasons.

“I want him to look away. He fills up too much space. It’s as if he breathes enough oxygen for twelve men, leaving no air for me at all.”

Grayson is the new “student” in Abigail’s class, but he isn’t there to write his memoirs. He’s a dark man with a tragic past and he has a plan. A plan to escape and get revenge for something that make him the way he is and Abigail, without knowing will help him. Grayson is fascinated as well by the beautiful young teacher. He can see right through her, he feels like he knows her and he can’t deny the strong connection between them.

“She stands there behind her fortress of a briefcase. Books, briefcases, glasses—it all just makes me think about exposing her, stripping her, making her helpless. She’d hate it and love it.”

Abigail has to remind herself every time she teach the class that she’s in charge, that she’s in control. She can’t be attracted to Grayson, she can’t let him her under her skin. 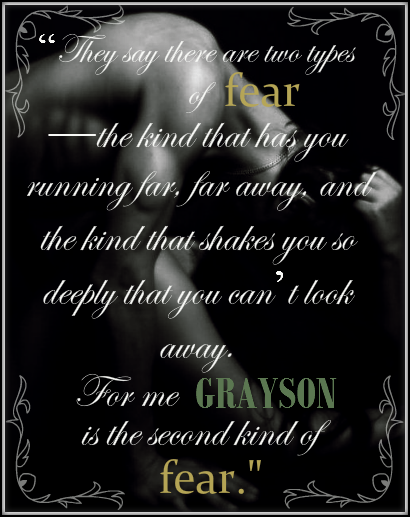 When everything goes according to his plan, Grayson takes Abigail as his prisoner. If at the beginning their relationship is strictly prisoner-captor, things are changing between them. Grayson not only is attracted by Abigail, he feels a strong need to own her, make her his and protect her. 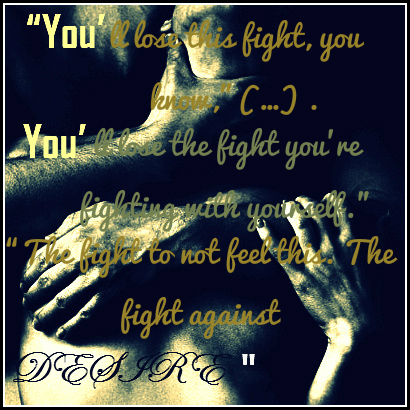 As their relationship progress, he wants also to protect her from him. He starts to feel something for her, to change, to want different things and even to question his decisions. Abigail starts to see Grayson differently that he truly is. She knows that is wrong to feel the way she feels, but she can’t help it.

What Grayson doesn’t know is that Abigail had a terrible childhood and she has a secret. Their need to forget the past and to move on will bring them together in a way that none of them was expected.

I enjoyed this one and I will continue with this series, but obviously it didn’t wow me. I liked the premise and I found it very intriguing, because for me was something new (the captor who is an inmate).

Greyson is an interesting character, more developed than Abigail and certainly more complex.

Of course you want to hate him, but you will sympathized with him and feel for him when you find out about his past. I liked him from the start. I don’t know if this is a good thing or a bad thing since this was supposed to be a dark romance.

He cares for Abigail and he wants her not to give up, to stay strong and to fight. I must admit I still don’t know how to feel about this. It was refreshing somehow, but Greyson didn’t feel like a real antihero to me. Yes, maybe he’s a bad guy, but not with Abigail. He wants to be, but he isn’t. For me he was a hero and an antihero as well. I liked the fact that in end, Greyson remained Greyson, he didn’t change only because he has some feelings for Abby, or because Abby has some feelings for him. This aspect really felt real to me. 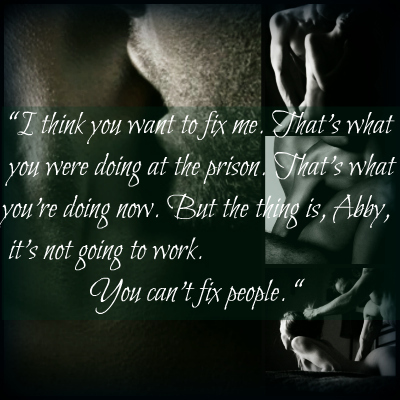 Abby is great. She is strong, smart, determined. I liked how she changed from the shy “little girl” to the strong, accepting woman. And she really felt accepting. She accepts Greyson is the way he is for a reason, she accepts his past and she accepts her fate.

The side characters are interesting (Greyson’s gang) and like Greyson, dark and haunted by their past.

I liked the writing. It was really great, flawless, but what I really liked was the title. It’s simple, but very fitting. Both main characters are prisoners, one of them a captive and the other a prisoner of his past.

One of my problem with this book is that I didn’t understand the connection between them in the beginning. I would have understand attraction only, but connection?!

I would have liked Abby’s past to be explored better. I wanted to know how her past make her the way she is now. Also, I didn’t find Abby’s secret very dark. It was just…real, I guess.

All in all, “Prisoner” was an great story with an interesting premise. While I didn’t love this one, I’m looking forward to read the other books in the series. I hope the next book it will be Stone’s book.