Ash Bennett’s had enough. She’s not wasting any more time chasing Prince Charming, or the far more common Prince 'Babe, What’s For Dinner?' If she can’t find a respectable, self-sufficient man to start a family with, she’ll just do it by herself. It's better than pinning all your hopes on a guy who never arrives. Take Dean Sherwood. Sure he’s stupid hot, but that doesn’t pay the bills or remember to pick you up from the airport. No, they’re just having fun until Ash can find a donor. Right?
If only it was that easy...
Everyone loves Dean. He’s easygoing, a great footballer and always up for a beer or sixteen. He also has the attention span of a Cocker Spaniel on MDMA, but that’s never been a problem. Especially not where the opposite sex is concerned. At least it wasn’t until he met Ash. Beautiful, driven and wild in bed, she's all he's ever wanted in a wife.
Unfortunately, he's far from what she wants in a husband, what with his perpetually empty bank account and inability to cook anything other than bacon. When she tells him he’s not baby-daddy material, Dean vows to become the man she needs, whatever it takes.
Open Hearts is the sequel to Locked Box. It features angst, bogans, hot sex, naked snowboarding and the triumphant return of Max and Julia who are dealing with a romantic dilemma of their own.

➦Who needs a man to make a baby, anyways? If your time is running out to have one and you have 0 hope of having a fulfilling love relationship, you should definitely just have one on your own! You just need to find a suitable donor. 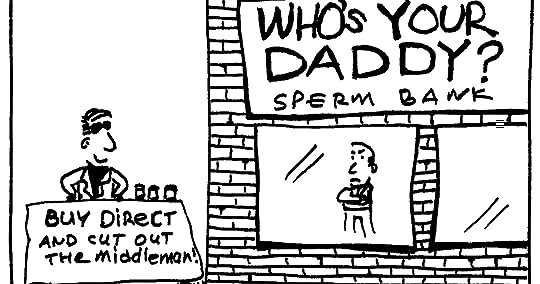 ➦And by the way, that dude who’s trying to cut out the middleman will totally show up in a form of a sexy and wealthy doctor colleague. And offer tons of money for you to carry his baby.

➦But then another guy will show up too in a form of a scratching post. You know, for scratching a particular itch. He will offer pleasure as well as a relentless desire to date you and give you a baby. So what if he’s not great with money and might or might not engage in naked snowboarding once in a while?

➦That’s just you’re luck. You decide to be a single mom and then TWO men show up practically shoving that sperm in your face. Well, not literally. Although…

➦Never mind. Well, you guess it, the heroine of this book has a hard choice to make. So, who is she gonna pick? Will love be enough? By the way, no love triangle here what so ever, in case you were concerned.

➦I thoroughly enjoyed this book. Eve Dangerfield always manages to suck me into her stories with her unique characters and unpredictable storylines. The hero of this novel resembles most men in real life lol. You know, those who don’t quite have their shit together but are “working on it”.

➦He’s also a submissive in bed (most times), which, I notice, is a type of hero this author writes really well. I just have to say that when he does show his alpha side… well, it’s scorching hot. All in all, a great read full of fun banter, hot sexy times and angst. I don’t even think I have a name for this trope, but I suppose I will call it “baby making.” Definitely recommended if you’re looking for something different than your typical contemporary romance.

Eve Dangerfield has loved romance novels since she first started swiping her grandmother’s paperbacks. Now she writes her own tales about complex women and gorgeous-but-slightly-tortured men. Her work has been described as ‘the defibrillator contemporary romance needs right now,’ and not by herself, if you can believe that.

Eve currently lives in Melbourne with her boy, a bunch of semi-dead plants and a rabbit named Billy. When she’s not writing she can usually be found making a mess.