He found me in blood and tears.
I stayed with him through darkness and fire.

We loved each other in the moment between innocence and bitter truth.
We were the kids easily ignored, who grew into adults we hardly knew.

We weren’t meant to last forever. And we didn’t.

He ran away.
I tried to move on.

Yet I never stopped thinking about the boy who had fought to keep me alive in a world that would have swallowed me whole. He was the past that I buried, but never forgot.

Until the day I found him again, years after believing I had lost him forever.

And in cold, resentful eyes, I saw the heart of the man who had been everything when I had nothing at all. So I vowed to hold onto the second chance that was stolen from the children we had been.

Sometimes fate is ugly. Life can be twisted.
And who we are can be ruined by who we once were.

For two people who had survived so much, we would have to learn how to hold on before we were forced to let go. 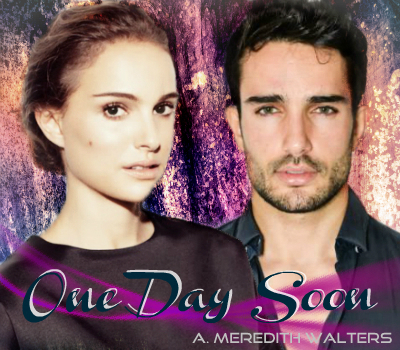 You know how every once in a while you stumble across a book that moves you to tears, that leaves you speechless, that makes you feel everything there is to feel? “One Day Soon” was that book for me. This second chance romance story was without a doubt one of the best books I have ever read. But you have to know that it’s more than a second chance at love story – it’s a story about second chances at life, second chances to do things right, about survival and sacrifice, about dreams and hopes, about finding your soulmate, about how fairy tales can come true. It’s a wonderful, unforgettable story, remarkably well written that will keep you at the edge of your seat for one reason or another. It’s raw, emotional, equally heartwarming and heartbreaking and very hard to read at times. But in spite of that I couldn’t put it down!

“We’ll walk on the beach, Imi, and we’ll dance on the sand. Because one day soon, I promise you that all this ugly will become something beautiful.”
“I know, Yoss. One day soon,” I agreed.

“One Day Soon” is the story of Imogen ‘Imi’ and Yossarian ‘Yoss’. They meet each other on the streets. Imi is 16 and she’s a runaway. Trying to escape her disinterested mother, who doesn’t give a sh*t about her, Imi believes she can handle being without a roof over her head, that she can handle the ugliness of the streets, that she can be homeless like many other kids. But soon realizes that she’s alone and life on the streets is hard to say the least.

“He had helped me when he didn’t have to. He had taken care of me. He had made sure I was warm. Fed. That I had a place to lay my head at night. Even when he couldn’t keep himself safe, he made sure that I had been. He put me first. Always. God, I had missed him.” 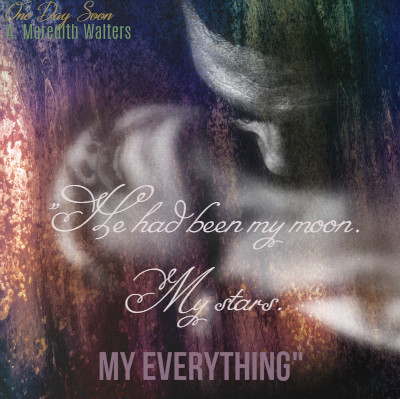 Imi meets Yoss when he rescues her from a bad situation. They start a genuine friendship that gradually becomes more. As time passes they fall in love with each other becoming inseparable. After six months together they plan to escape the life that has the power to ruin everything they have, but Imi is left in the dark waiting and hoping the boy she loves will come to her. But Yoss never came.

“…what Yoss and I had shared was more than first love.
It was deeper than adolescent lust and affection.
It had been soul changing.
Life altering.”

What a devastatingly beautiful story! This book touched my heart in so many ways. I smiled, I cried and I fell in love with these two remarkable characters, their touching love story and also with the evocative, almost poetic writing. Like I mentioned above, this book is not very easy to read, not only because of Imi and Yoss’s heartbreaking story, but also because of all the heavy themes this author portrayed. And trust me when I say that she did it flawlessly. These two characters’ world was painted in such a realistic way that broke my heart, not only because they had to face such a dark and ugly reality, but because I know these kind of things happens in RL.

I should mention that the story is told both in the past and present from both characters’ perspective, and Mrs. Walters blended them effortlessly. I loved how for every chapter in the past there was a chapter in the present that explained or continued what happened with these characters years ago.

“You’re not the same. Neither of us are. But I know that I will love the man as much as I loved the boy.”

Yoss was such incredible, well developed character. For me he was the star of this story. His past made my heart bled and I know for sure you will feel everything he felt – his shame, his fears, his anger, his devastation and last but not least his love for Imi. Yoss, the boy was beautiful inside and out. He haa a heart of gold. He is protective not only with Imi, but with his friends too, a great provider for everyone, a kind, generous friend and a wonderful boyfriend to Imi. His careness for Imi touched my heart to the core. It was simply beautiful to see and feel his love for this girl. In the present we meet a different Yoss – angry, hardened, unhappy. Despite the years that had passed he still remembers everything about the girl for whom he sacrificed years ago, the girl he still loves with all his heart. Seeing him struggle with his ‘new reality’ and with the fact the Imi is again in his life was gut-wrenching. The author did such a fantastic job with his character.

“A hundred memories arched between us. A thousand words spoken softly in the dark. A dozen promises never kept.”

Imi was a great heroine. I loved how young Imi stood by Yoss side, how he accepted his flaws, how she wanted to save him from the world and from himself. Imi from the present is a woman who even if she tried to make a better life for herself, she had always felt empty. And I really felt her emptiness. I loved how she was with Yoss – caring, thoughtful, protective, how hard she tried to reconnect with him, how hard she tried once again to save him.

Imi and Yoss were two people that truly saved each other in every way that a person can save another. Their love story was unforgettable, unconventional, but so pure and so, so beautiful. I felt it with every ounce of my being.

Overall, an amazing read that I highly recommend! 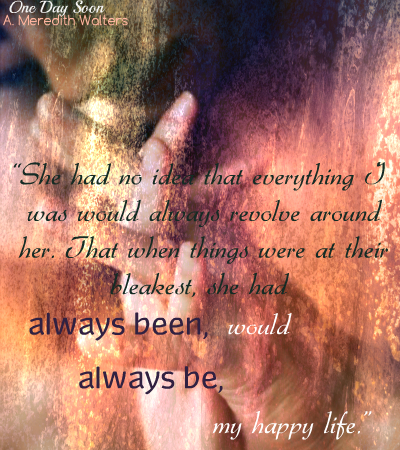