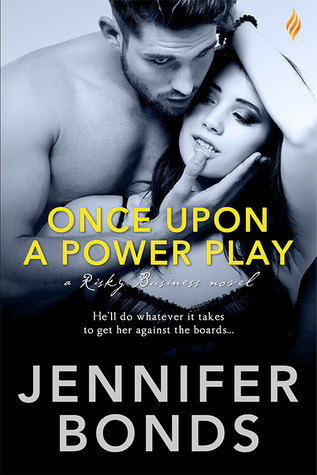 He'll do whatever it takes to get her against the boards…

Sidelined by a potentially career-ending injury, the only thing hockey player Ryan Douglas should be thinking about is recovery. But after sharing a near death experience and a night of passion with a spunky brunette, the only thing on his mind is five and a half feet of sexy sarcasm. And he'll do whatever it takes to get her back in his bed--even if it means playing dirty.

Chloe Jacobs is done with fairytales. And men. She's kissed her share of frogs and what's it gotten her? Dumped by text--again. Determined to eighty-six illusions of romance and prove she's more than just a good-time girl, the last thing she needs is a pushy, arrogant hockey player testing her resolve. Especially one who's sinfully good with his hands and thinks date-by-blackmail is a perfectly acceptable social convention.

Ryan wants to play games? Fine by her, but this is one faceoff he's going to lose. 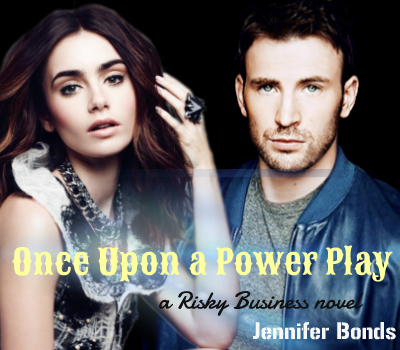 Like any other book from Brazen, “Once Upon a Power Play”was a light, sexy, fun, easy to read novel with just a little bit of angst and drama.Chloe Jacobs seems to attract only losers. After being stood-up on a date night by text she decides she’s done with men. All she wants now is some booze, but she needs some lemons for her margaritas. Her day gets worse when some kid decides to rob the grocery store. There she meets Ryan Douglas, an arrogant gorgeous prick who steals her lemon, but who fortunately saves the day. Always the perfect gentleman, Ryan offers to walk her home and eventually Chloe agrees. She thinks she’d been too hasty in swearing off men, because Ryan is looking pretty damn fine so she invites him in. After spending the night together, Chloe didn’t expect to meet Ryan again. Apparently she’s the only one in New York City who doesn’t know Ryan is a NHL star.

These two meet again when Chloe is assigned to work on the publicity for a children’s charity. Ryan decides she wants more of Chloe and he’s willing to do anything to get her on her back screaming his name. One steamy night leads to another and soon this ‘thing’ between them becomes something more, but in order to stay together they will have to learn to properly communicate and trust each other.

This was a sweet, sexy read and overall I enjoyed it. Both Chloe and Ryan were likeable characters and I enjoyed the sweet banter between them. Chloe was feisty, easy to like, relatable and overall an entertaining heroine. Ryan was sweet and considerate and I really liked the way he was with Chloe. He was strong, determinate, kind and hard-working. Chloe and Ryan’s chemistry was well done, palpable and the sexy scenes between them were pretty hot. I liked the pace of the story and how everything unfolded between these two characters.

What I didn’t like was how predictable the story was. Also, at times the cheesiness was a little too much for me.