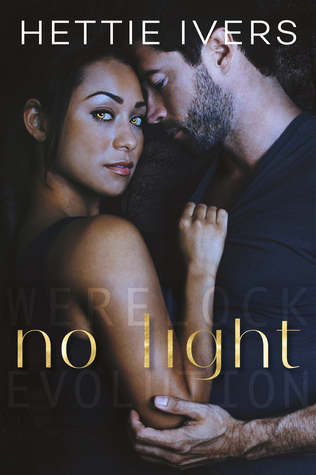 Being a single mom is tough. It’s even tougher when there’s a nasty prophecy floating around about your kid being a purported abomination fated to destroy the human race.

With the supernatural world on the hunt for her only child, Avery sees no alternative but to adopt an offensive, preemptive approach: Hunt the hunters and take them out first.

Centuries old and still living his life on the edge like the formidable werelock and self-assured player he’s always been, Alcaeus long ago dismissed the notion he’d ever find his true mate.

He never expected to fall for the mother of the well-prophesied Rogue werelock he's been hunting.

With the fate of humankind hanging in the balance and the supernatural war of the century underway, cultures and parenting styles will clash.

Loyalties will be tested. Long-held ties will sever; packs will divide.

And a cocky playboy will need to dig deeper than the easy charm that carried him through four centuries to prove that sometimes an absence of light is only the void between beings who are destined to collide.

This was super decent but, not gonna lie, I felt a little lost.

The amazon blurb said, and I quote, “Although this is book #4 in the Werelock Evolution series timeline, it was written as a STANDALONE, so it is not necessary to have read the trilogy that precedes No Light.”

Lies, I tell you.

Sure, sure, I was able to amble along a little bit.

But, have you ever been to a party which – while fun – you are surrounded by people who seem to have endless inside jokes you just KNOW are going over your head?

Well, enter me at this partay.

Don’t get me wrong, I still enjoyed it well enough.

It WAS about fated mate werewolves FFS sake, AKA Val’s kryptonite (see what I did there? *wink*), but I definitely think I would have enjoyed it more had I listened to my gut and usual SOP (that’s Standard Operating Procedure for those who are down with the 411 (that’s info for those who aren’t ancient enough to remember that little fun landline phone fact)) and read 1-3 first.

Dude, check OUT that^^^ level of Kristen Ashley parentheses.

Anybabble, I didn’t adore the H. Something about him, I don’t know.