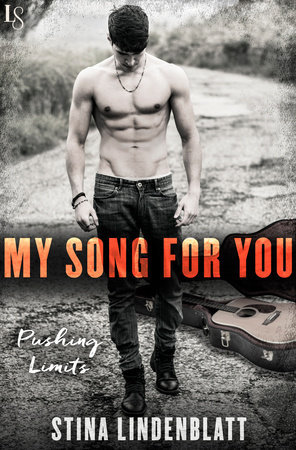 In a poignant romance from the author of This One Moment (“Hot, intense, and filled with emotion.”—Rachel Harris), the rock stars of Pushing Limits have hit the big time. But fame gets tough when love presents a fork in the road. At twenty-one, Jared Leigh had been prepared to give up the life of a touring musician to be a father after getting his girlfriend pregnant. When she told him that she’d gotten an abortion, Jared was devastated. Now at least he has the groupies to keep him company—until a blast from the past rocks his world. Callie Talbert hasn’t seen her sister’s ex since high school. But after Callie bumps into Jared while she’s grocery shopping with four-year-old Logan, there’s a spark that wasn’t there before. Jared quickly realizes that her deaf “son” is the same age his own child would have been. When Jared demands to know more about Logan, Callie panics. There are things she just can’t tell him. Besides, Jared’s a bad-boy rocker, not a dependable father figure. He’ll move on to his next gig soon enough . . . right? Trouble is, Jared refuses to be pushed away, and the more quality time he spends with Logan, the more he’s captivated by the woman Callie has become. When the truth is revealed, Jared only hopes that the three of them have what it takes to become a real family.

This author is new to me but when I read the blurb I immediately requested it. I always love reading books that involve single dads. If it involves a dad in general I’ll probably read it. It just does something to my heart.

Jared and Logan stole the show for me. Even way before Jared knew Logan was his son, he was already an amazing father. First becoming a great friend, to trying to learn ASL, to just spending quality time with him. Not only were they similar in looks but also in personality.

Jared was a good father and lover. When he bumps into Callie at the store, he sees that she is no longer the young and cute girl he used to know, she has become a beautiful woman. And sparks start to fly when they’re together.

“Except now Callie was no longer a girl. She was a woman who had my blood heating in a way no other woman had before—not even her sister.”

Their relationship was slow burn. The attraction is immediate, thankfully they don’t act on it right away. Taking their time to get to know one another once again.

My biggest issue was Callie. Yes she was a supportive and attentive mother, always putting her son before herself, which I respected. But I didn’t like the fact that just because Jared was in a band she assumed he wouldn’t want to be a father or wouldn’t be a good father at all. I got frustrated with her a lot because all she did was assume instead of talking things out. She really tested my patience.

I really enjoyed the humor and banter, the fun secondary characters, and how it was low on angst and drama. I loved the plot and writing but some parts were a miss for me.

You can’t love them all, though.