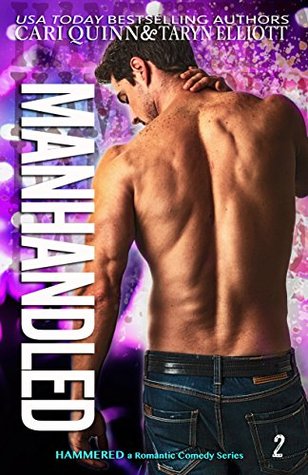 My name is Faith Keystone, but my friends call me Keys.
I’m the piano player for Hammered.
Did I mention I'm the only female in my band?
That means I technically have five older brothers.
Can't forget my manager and security team, too.
Alone time is nonexistent.
I escaped an overbearing family to join this happy circus, and most of the time it's awesome.
Except now, because of one teensy little incident at a show.
Now I have this hulking bodyguard shadowing me like a freaking puppy.
Only this puppy is more like a Doberman with an attitude problem.
And he only knows one word—NO.
I hate that word.
And I hate Quinn Alexander.
The one thing I do like is giving him the slip. Is it wrong that I kinda like when he growls at me after he finds me?
Because he always finds me.
Worst of all? I want him so bad that I keep forgetting I hate him.

BEYOND OBLIVION - A Rockstar Romance full of sexy fun set within the world of our Lost in Oblivion series! You never know who you'll see show up in the books. 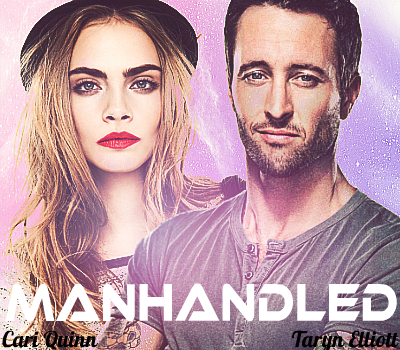 Once again these two authors delivered a highly entertaining read that will keep at the edge of your seat with its awesomeness. ‘Manhandled’ is the second installment in “Hammered” series and it can be read as a standalone. This second book in the series was even better than the first, at least in my opinion. It was sexy and engaging with just a little bit of angst and suspense; just exactly what I was looking for.

“She was a natural entertainer with a gift of being fun and quippy and a laughter that drew people to her like a siren song.”

Faith Keystone, known as ‘Keys’ is the piano player for Hammered. She loves her band, her music and also her fans. She loves interacting with them and she loves the attention, until a crazy fan threatens her safety. Faith’s band and also her parents will do anything to make sure Faith is safe, so they insist for her to have a personal bodyguard. The one who seems perfect for the position is Quinn Alexander.

“Why did it have to be this contrary man with all his rules that got me so wound up?”

Quinn, a former Ranger, now bodyguard loves order and to keep order. He hates to deal with celebrities, especially celebrities like Faith, sassy who seems to be nothing but trouble. Unfortunately for him he owes his best friend a favor, so for the upcoming weeks or months he has to guard the beautiful piano player. Faith is not very happy she now has “a warden”, especially since for the next two weeks she will be a prisoner in her own house.

While they piss each other off constantly neither of them can’t deny the strong attraction between them that seems to grow with each and every day.

“I couldn’t deny him.
I couldn’t do anything but hold on and roll my hips in time with his deep strokes.
He hollowed me out and owned every part of me.“

This one turned out to be more engaging than I expected. The story was well paced, the plot was pretty great and the two main characters appealing and well portrayed. I really enjoyed Faith’s character. She was very easy to like. She’s talented, feisty, loves to smile and she’s a talented musician. Quinn was Faith’s opposite in every way, but as the story unfolds, like me, you will remark how perfect he is for our heroine. Quinn took his job very seriously from the beginning, which I liked it and appreciate it. He was grumpy most of the time, well…at least at the beginning, but his grumpiness was endearing in some way. Faith and Quinn’s easy banter was delightful and I have to say I really enjoyed the slow burn romance between them. They were sexy together and overall I liked them as a couple.

I wouldn’t have minded the suspense aspect to be more developed. The story would have been for sure more interesting. I think those who are looking for a rock star romance will like this second book in the series since there are many well described music scenes which I quite enjoyed.

If you are looking for a sexy read, low in angst and drama, with great main and supporting characters look no further! Looking forward to read the next installment in the series!