What do you do if you're in trouble?

When Michelle runs away from her drug-addicted mother, she has just enough money to make it to New York City, where she hopes to move in with a friend. But once she arrives at the bustling Port Authority, she is confronted with the terrifying truth: she is alone and out of options.

Then she meets Devon, a good-looking, well-dressed guy who emerges from the crowd armed with a kind smile, a place for her to stay, and eyes that seem to understand exactly how she feels.

But Devon is not what he seems to be, and soon Michelle finds herself engulfed in the world of child prostitution where he becomes her “Daddy” and she his “Little Peach.” It is a world of impossible choices, where the line between love and abuse, captor and savior, is blurred beyond recognition.

This hauntingly vivid story illustrates the human spirit’s indomitable search for home, and one girl’s struggle to survive.

“This is reality, whether you like it or not. All those frivolities of summer, the light and shadow, the living mask of green that trembled over everything, they were lies, and this is what was underneath.

This is the truth.” ~ WILLA CATHER, MY ÁNTONIA 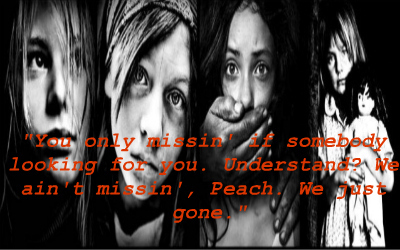 “Little Peach” is an emotional, haunting, heartbreaking story about the world we live in. It’s about that part of the world you hear of only in the movies or books, the part that is dark and raw. So dark and raw, in fact, that you don’t want to know about, because in the end you’ll figure out how REAL it is. And let me tell you, “Little Peach” it really is…REAL.

Prostitution of children exists in every country, but did you know there are around 10 millions children involved in prostitution worldwide? 10 million!!! A huge number! Huge! In some cases, victims of sex trafficking are kidnapped by strangers, either by force or being tricked into becoming involved through lies and false promises. Michelle, the main character in “Little Peach” is tricked in the same way here. The story is told both in the past and present. Through Michelle’s eyes we ‘see’ how scary this world can be and that the monsters are not only in the dark.

Michelle grew up with her drug addict mother and her grandfather. Her mother can barely take care of herself, so the one who cared for Michelle was her grandfather. When she’s 14 her grandfather passes away and her mother kicks her out of their house. She doesn’t have any friends in the city, but she has one in New York, so she plans a trip there to find her friend, hoping she will have a place to live. When she arrives In New York, Michelle is terrified by this new reality. She doesn’t have any money and she is alone in the world. She sits at the bus terminal when a nice man approaches her. He pretends he wants to help her. He even buys her a meal and helps her to look for her friend. When Michelle doesn’t find her friend, she’s desperate and she’s in awe when the man, Devon, offers a place to live in his apartment. She can’t believe someone can be so kind-hearted offering a place to stay. But soon Michelle becomes ‘Little Peach’ and realizes that Devon is no angel like she thought he is and that reality is more harsh, ugly and cruel that she imagined.

I can’t say that I particularly enjoyed reading this story. Like I mentioned, it was dark and quite disturbing at times. Besides the realistic aspect of it, it was a very informative read. It’s a story that will open your eyes, it will make you reflect a little and maybe even be grateful for who you are and what you have.

My heart really ached for Michelle. After her grandfather passed away she’s alone in the world. Her mother is not competent and caring like him and she wants Michelle to go away. All Michelle wants is to be loved, to have a family, to belong. She’s naïve thinking she found what she’s looking for in Devon and the other two girls who live in the house. Even when she realizes what Devin is to her and to the other two girls, she believes they are her family and that she’s happy. She can’t tell how Devon really is and that broke my heart. Michelle is kind hearted, she tries to be a good friend for the other two girls in the house, she’s caring and tries to be supportive when it’s needed. But Michelle can’t help the other two or help herself, because at the end of the day she’s just a kid.

The other two girls Kat and Baby are intriguing characters. Like Michelle, they have their own flaws and have their own past and stories. At times it was more than heartbreaking to read about them, especially since Baby is only 12 years old.

All in all, “Little Peach” was fantastic, gripping story that deals with a hard subject matter, written really well with a compelling storyline and a powerful message. 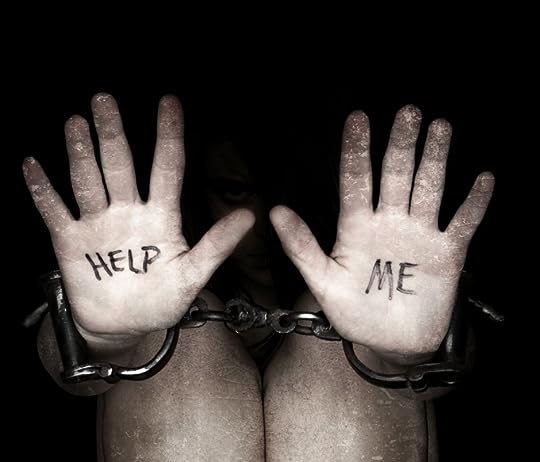