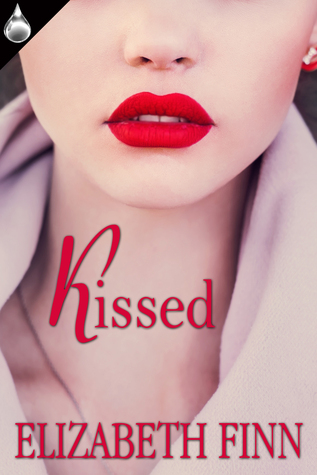 Reputation is everything, a fact Keegan Lauri knows all too well. A political PR strategist by trade, he makes his living creating and protecting the image of men, protecting them from women like Gabrielle Kitrick. She’s a threat to every man who falls for her. Beautiful, innocent, young, and available … for a price… Gabe is the shiny little trophy men of power seem to desire. But possessing her is a risk, a risk Keegan is responsible for removing from his client’s life.

He’s not above manipulating her for his own professional gain. He’s not even above seducing her and enjoying every second of it. But he finds out quickly her looks are a façade, and the more he comes to know Gabe, the more difficult it becomes to ignore her humanity. Because behind her beauty and crimson-lipped smile lies a young woman fighting for a better future, a future his very involvement with her jeopardizes.

When Keegan’s professional responsibilities threaten to expose her, will he choose to do his job or protect the young woman he’s become so attached to? 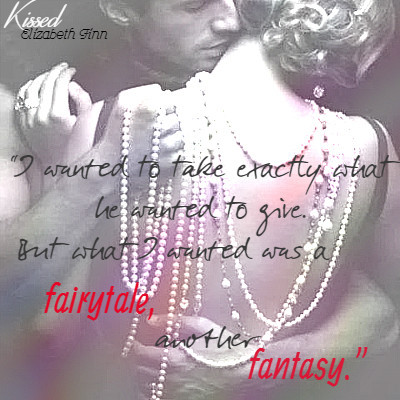 Elizabeth Finn delivered another addictive, intriguing tale that totally blew me away. ‘Kissed’ was everything I hoped it would be – emotional and angsty and fascinating from the beginning until the end. A perfect blend of steam, angst and also a little bit of humor, this book was unputdownable, very well written with a great solid plot and two well developed characters that will hold you captive from start to finish.

Keegan Lauri loves his job as a political PR strategist. He’s good, hardworking and ruthless when it comes to it. He helps create what the world is looking for, he creates the image people want to see. He’s not afraid to manipulate others when the situation needs it and he would lie and cheat to accomplish what he wants. The man Keegan has been hired to look out for doesn’t understand the risk his last “conquest” imposed on his reputation, but Keegan is more than willing to do anything to get rid of Gabrielle Kitrick, a woman who Keegan believes is a threat to every man who falls for her beauty.

“DON’T you want me to kiss it? Make it feel better?” I asked her.
She paused as though dumbfounded. “Make what feel better?”
I studied her eyes. “All those feelings I hurt the other night.”

Gabrielle ‘Gabe’ Kitrick is a high priced escort who at 22, she already forgot how to be a normal college girl. She doesn’t love what she does for a living, but she has her own reasons for choosing this profession. She needs the money, so she’s determined to please her clients as best as she can.

“Don’t worry. I won’t tell your secrets,” I whisper.
“You ARE the secret,” she whispered back.

Keegan never expected to be so attracted with Gabe and for sure didn’t expect for the young beauty to be so drawn to him. Neither of them can’t deny the undeniable attraction between them, so when Keegan demands a night with Gabe, she reluctantly accepts. Our hero figures out pretty quickly that Gabe’s looks are a façade and the more he comes to know her, the more difficult it becomes to ignore her humanity.

“I didn’t know this girl. At the very least I didn’t know her well enough to justify my involvement in her life. And yet, I felt so fucking immersed in it.”

Mrs. Finn is a fantastic storyteller! She always manages to crate fascinating story that will make you feel and endearing, relatable characters that you will fall in love with from the beginning. ‘Kissed’ was a very entertaining read. Like every one of this author’s books it was well written, well-paced and very refreshing. While this one was not as angsty as other books I’ve read by her, which I have to say it was a nice change, it was read that held me captive the entire time.

Both Keegan and Gabe were well written, had depth and made this story a fantastic experience. Keegan’s character development was fantastic in my opinion. He was a complex character that will piss you off, but also make you fall in love with him as the story progresses. I must admit he didn’t win me over from the beginning. His attitude towards Gabe really got me angry. I wanted to punch him in the face repeatedly. As the story unfolded, he stopped being a douche, so eventually I warmed up to him. Gabe was a heroine I liked very much from the start. She was mature for her age which I liked and I have to say I loved her strength and loyalty. Her vulnerable side was somehow endearing and I found her character to be somehow relatable.

”I was as much a threat to her as anyone. She’d told me that once. She’d been right. I simply hadn’t listened.”

Keegan and Gabe’s relationship was a little tumultuous I could say. I liked these two together very much – how their relationship changed with each and every chapter, their interactions and of course their palpable chemistry that trust me when I say was fantastically done.

My favorite aspect of this story was without a doubt the steam aspect. Elizabeth Finn writes amazing passionate steamy sex scenes. I devoured every single sex scene between these two. They were so well written and so hot. I couldn’t get enough!

“Our lips could make the world disappear.”