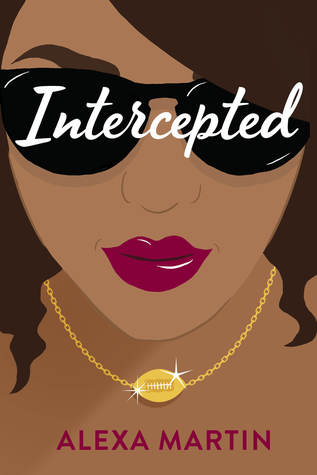 Marlee thought she scored with the man of her dreams only to be scorched by a bad breakup. Now there's a new player on the horizon and he's in a whole league of his own...

Marlee Harper is the perfect girlfriend. She's sure had enough practice, dating her NFL-star boyfriend for the last ten years. But when she discovers her wide-receiver boyfriend has been tackling other women on the sly, she vows to never date an athlete again. Only one problem: Gavin Pope, the new hotshot quarterback and a fling from the past, has Marlee in his sights.

Gavin fights to show Marlee he's nothing like her ex and what a future can be like for them. Unfortunately, not everyone is ready to let her escape her past. Gavin's teammates' wives, who never led the welcome wagon, are not happy with her return, and they have only one thing on their minds: taking her down. But when their gossip attack makes Marlee public enemy number one to the rabid fans of the team, she worries about more than just her reputation.

Fearing she's causing Gavin's life more harm than good, she tries to ignore the articles and the comments. However, when Gavin makes a life changing decision without her, she's hit with the fact that she's allowed herself to fall back into the back-seat life of an NFL girlfriend she promised to leave behind. Marlee must learn how to balance loving Gavin without losing the independence and respect she's worked so hard to gain; otherwise their relationship may not survive the season.

This is Alexa Martin’s debut novel and what a debut it is.

I really enjoyed her writing style, her characters, and her sense of humor.

I’m not going to rehash the blurb or story line at length; however, the main character (Marlee) is a longtime NFL girlfriend in a sea of NFL wives and, because Martin herself is a former NFL wife (her husband is retired), I felt like we were getting a backstage pass to one of those players’ wives TV shows – with none of the cameras, but ALL the drama.

Part of me hopes that they aren’t all really this heinous – and I’m sure some of the snark was dramatized for the story – but another part of me realizes some of the shit Marlee dealt with probably legit goes down.

I mean, we have all seen some of those wife interviews/comments in which they say, “Well, we WE got traded,” or “when WE started with [insert team name], blah, blah, blah…”

I always think to myself, I don’t see WE out there with the football, lady.

But alas, I’m letting my jealously show…if only we could ALL be wives who lunch.

Or whatever it is that rich, surgically genetically gifted trophy wives do with their free time.

Back to the story.

Shit goes down, obviously, and Marlee is forced to…reassess her life circumstances a bit.

I really liked the H here, although some of his actions in the end didn’t feel like they jived with who he was up until that point.

Also, there was a LOT of fabricated OTT drama here, a little bit of funny hashtag insertion overkill as well..and let’s just say the steamy times need some work; but all in all, this was a very enjoyable read and I look forward to more from Martin.

This as a debut novel bodes for a promising career.

First book, new author. I wouldn’t have guessed this by the way this author writes. I am excited for more from her.

This book is refreshing, it was a sports romance that gave me wonderful feels. Gavin & Marlee are super cute and sweet.