Phoenix ‘Nix’ Knight thought pulling his club out of the illegal shit his Pops got them into was difficult.

Until he meets Kadence.

Kadence Turner has no business lusting over a student’s father, especially the president of the Knights Rebels MC. Nix is crass, obnoxious and dangerously sexy and for some reason, Kadence can’t seem to hate him for it. The bossy biker breaks down her defenses, but unlike the old Kadence, the woman she is today won’t give in without a fight.

The tension is undeniable, the attraction fierce. A man that wants what he wants and a woman that will fight him every step of the way. 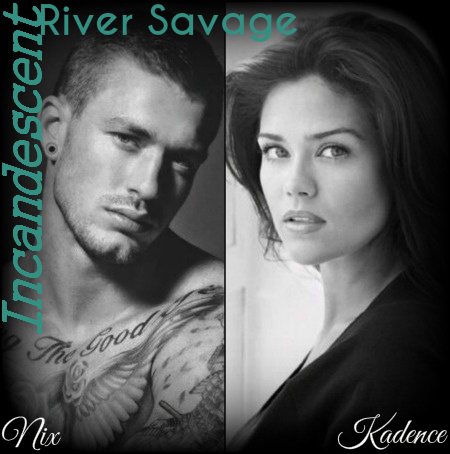 Since I can’t say I’m really a fan of MC books, I didn’t expect it to like this one as much as I did. A light MC book, with lovable characters Incandescent capture my attention from the start and I couldn’t put it down.

A spark ignites with every kiss and every touch, his words fueling the flame further. I can see myself catching fire, burning incandescently for him.

Everyone in Rushford knows who the Knights Rebels are and everyone knows their president, Phoenix ‘Nix’ Knight. For years The Rebels were feared, known to run on the wrong side of the law, guns, drugs and women, they went above and beyond the law. Changing The Club to a clean one was difficult, but with hard work and doing some things that he have to do them, Nix helped by his brothers manage to take the club back to where it belonged.

As the President of Knight Rebels, Nix had a fair share of women who want him and even fight for him, but he doesn’t want an easy women. When he meets Kadence, his son’s teacher, a beautiful sassy woman at a school meeting, he knows a women like her can break a man like him, but she is just too much of a temptation, one he can’t let go.

There’s this air of innocence about her, but at the same time, I know this woman could destroy me.

Kadence loves her job as a school teacher. She’s independent, fierce and a real fighter. After what happened with her ex-fiancé, Kadence realize she must stay away from some people. She knows who Knights Rebels are, she keeps her distance knowing the association with them is not good and she is dumbstruck when Phoenix ‘Nix’ Knight, not only a member, but president of The Rebels enters in her office.

No man has ever instilled lust and anger just by looking at me. His presence screams confidence and testosterone, right down to the way he ran his eyes over me. 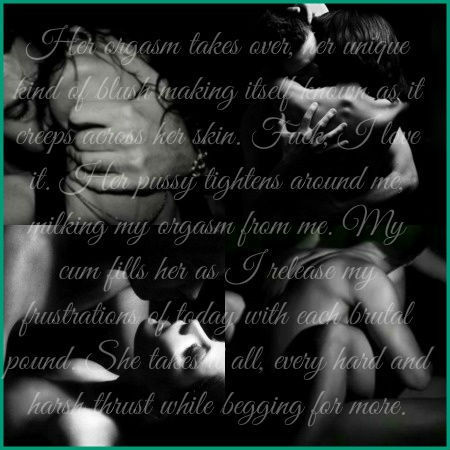 From the moment they met there’s an electrifying connection between them. They’re attracted to each other from the start, they both know there’s something between them, something worth it. Kadence fights her attraction, determined to stay away from Nix, but Nix is not a man who take no for an answer.

This man has proven he will stop at nothing to get what he wants while sheltering me at the same time.

I want to know everything there is to know about you, Kadence.

Everything is getting complicated when Kadence’s past comes back to life and an ex-wife and a rival MC try to cause some problems. 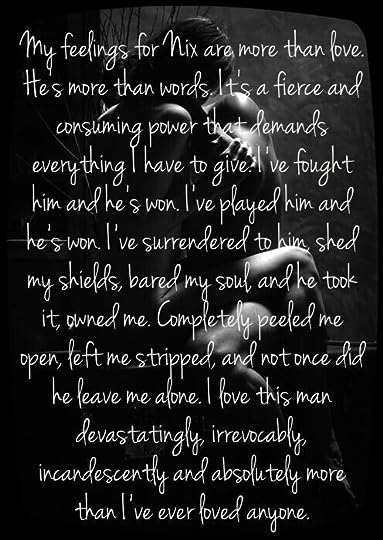 I enjoyed everything about this book! I loved the characters, I found the storyline captivating and the writing was pretty good. The characters development is great! Kadence was a really great heroine. With a smart mouth, she stand up for herself, she’s a woman who gives just as good as she gets. Nix is pretty perfect – hot, possessive, a real alpha man who wants to take care of his woman. I loved his dirty mouth! Loved how caring is with Kadence, how he makes her feel alive and how he makes her feel beautiful despite her scars.

I liked how the story and Kadence and Nix’s relationship progressed, it really kept my attention till the end. I enjoyed the banter between them, the sexual tension, their interaction and dialogue. Their chemistry is fantastic, real and palpable from the start. I really felt it! Hot and intense, the sex scenes are fantastic!

Overall, I really, really like this one! Can’t wait for the next book in the series!