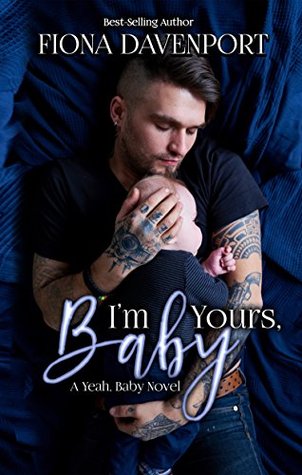 Guy Rule: Don’t knock a girl up and disappear for a year.

Weston Davis was a jaded CIA operative who didn’t believe in love at first sight—until the moment he laid eyes on Aspen Kennedy and knew she was meant to be his. With an undercover operation only days away, the timing was horrible. But he didn’t let it get in the way of spending an explosive weekend with her before he has to leave.

Aspen believed Weston when he told her he’d be back. Twelve months, a positive pregnancy test, and countless emails later, she’s given up hope on ever hearing from him again. She’s left alone to raise their baby, a treasured gift from the man who’d stolen her heart and smashed it to pieces.

When Weston comes storming back into her life, he has a new mission: claim his family, find the person who’d almost caused him to lose them, and make them pay.

Warning: If you’re in the mood for a quick & dirty read with an alpha male who’s determined to make up for lost time, this novella is for you!

Bonus Content! I'm Yours, Baby includes an extra Fiona Davenport book, Deception: Mafia Ties #1, which starts at about the 62% mark. For a limited time only!

These are total guilty pleasure reads and this one was pretty par for the course.

Perfect for when you are in the mood for that sort of thing.