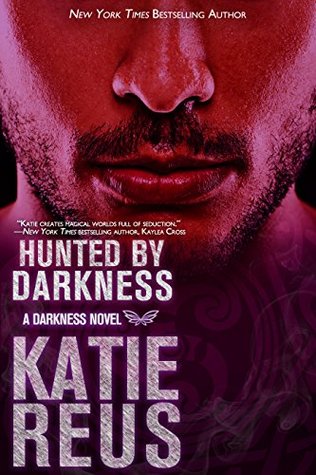 Now that she’s escaped her oppressive family, Nyx is enjoying her new life and friends—even if most of her friends don’t know who or what she is. As a rare demigod, she’s just learning how powerful she truly is, but family drama turns her world upside down, throwing the one man she cares about into danger.

He wasn’t supposed to fall for her…

Nyx is nothing like the females half-demon Bo Broussard has been with. Sweet and innocent, she’s not even remotely his type. But the moment she walks into his bar, he knows he’s not letting her go. Unfortunately someone from her past thinks they can force her into an arranged marriage.

He’s not letting her go…

Someone is targeting one of them, and Bo doesn’t know why. When they’re thrown into a hell realm together, he and Nyx will need to band together if they want to survive the perils of that world. No matter who was behind the attack, his choice is clear. Defend Nyx at all cost and make her his forever.

So I initially rated this a 3.5 star, but upon further reflection and some pinot noir, I’m feeling gracious.

Not about the pinot part.

About the being gracious part.

Because this book doesn’t need my pretentious graciousness.

It was awesome all on its own.

Sorry, that^^^ probably made no sense whatsoever.

But I’m watching The Avengers in the background as I write this and I’m feeling very… avenger-y.

I was looking forward to this book – Bo and Nyx’s book – based on the foundation laid out for them in books #1-3.

Bo was as obsessed and possessive as I wanted him to be and Nyx really came into her own as well.

In previous books, I must admit that she seemed kind of one dimensional – while in contrast, Bo was VERY fleshed out dynamic in my mind. So I was pleasantly surprised by her in this book.

I really enjoy Reus’ writing and the world she has built in this series.

…was not my favorite thing.

As I said above, I enjoy the world Reus has built.

Not this other “hell realm” or some such nonsense.

Not my cuppa joe, homies.

…which was a bummer.

Something I love about this series is how all the characters work together and interact – with the Stavros pack kind of at its core.

But that was missing in this book. Sure, we got to see Victoria and Drake a little bit. But the scenes they were in felt very superfluous and really did nothing to enhance the story line.

And, as I said, a lot of the action in this book happened in that weird, aforementioned, hell realm.

…or at least not much of them.

Ya’ll know how much I love my dragons – thus my unending lurve for books two and three.

So after enjoying them for two solid books in a row, perhaps I was left in a state of dragon withdrawl during this forth installment.

Thus, the only drawbacks of this book for me were completely personal.

It just wasn’t my favorite so far in the series.

That said, something I DID really enjoy about this book and the ONLY thing I enjoyed about the visit to the hell realm was the introduction of Bo’s brothers, Ian and Rory.

I really liked them and I am hoping they get their own books soon…especially Ian…why you say?