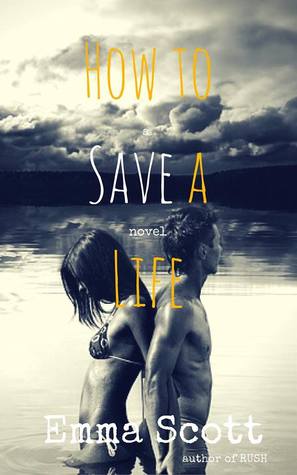 Josephine Clark is trapped. A harrowing past haunts her every time she looks in the mirror, and she can’t escape the violence of her everyday life. More and more, her thoughts turn to Evan Salinger, the boy she knew in high school. The boy they called a mental case. A loner. A freak. The boy who seemed to know things no one could know. For a few short weeks, Jo had found perfect solace in Evan’s company, sneaking every night to meet him at the local pool. In the cool of the water and the warmth of Evan’s arms around her, Jo had tasted something close to happiness.

Cruel circumstances tore them apart, and four years later, the sweet memory of their time together is dissolving under the punishing reality of Jo’s life now. Evan seems like a fading dream…until he reappears at the moment she needs him most. Guided by Evan’s strange intuition, they flee her small Louisiana town, and Jo begins to suspect there is something more to his sudden return than he admits.

Over twelve days across America’s heartland, deep secrets come to light, buried pasts are unearthed, and the line between dreams and reality is blurred as Evan and Jo fight to hold on to their soul-deep love, and discover that there is more than one way to save a life.

How to Save a Life is a complete second-chance STANDALONE novel with shades of the paranormal. It carries the characters from high school through to their early twenties. It is not YA; mature subject matter, and sexual situations. TRIGGER WARNING: domestic violence (on the page) and mention of sexual abuse (off the page) For readers 18 years and up.

➦So I read either full on PNR or just plain old regular romance without any PNR elements. This was a hybrid. It read like a NA novel with some paranormal elements.➦Evan, the hero here, has “dreams” which are kind of like premonitions. Except he can’t really remember them up until the very moment something bad happens.

➦Evan has been locked up in the mental institution after having somewhat of a breakdown at school. So he’s a school freak. A very hot school freak. Everyone avoids him.➦The heroine moves around a lot because her guardian is a trucker and gets transferred all over the country. She starts the new year at a new school and she’s immediately fascinated with the school freak.➦They become friends after one night running into each other at the pool, where the hero practices holding his breath under water. Then their friendship develops into love but some shit goes down and the two get separated for 4 years… at which point the heroine finds herself in an abusive relationship with no way out. Evan to the rescue!

➦I loved the first half of the book. It sort of reminded me of Sea Of Tranquility by Katja Millay a bit… where two troubled teens find comfort in each other. But then, of course, this book takes a completely different turn.

➦I had hard time accepting that I was actually reading a paranormal romance so my brain kept working overtime. I kept trying to come up with explanations for the “premonitions.” I legit thought that Evan was an imaginary friend for about half the book. lol 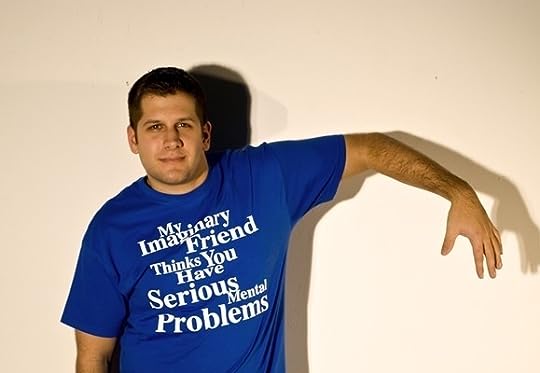 ➦The ending left me somewhat unsatisfied because I’m used to getting all the answers about how and why something happens. There were a lot of questions left and my poor brain is bummed out.

➦Just saying how it is. So yes, I enjoyed the book. It is engaging and I plowed through the audio version in a matter of two days. Some parts are touching, I might have shed a tear or two. Some parts are pretty steamy. The writing is beautiful and the story flows effortlessly.

An audiobook has been generously provided to me by Emma Scott in exchange for an honest review. 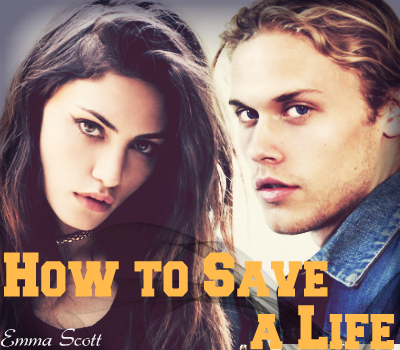 “How to Save a Life” was a great, captivating read that kept me at the edge of my seat from the very beginning. Honestly it wasn’t exactly what I expected, but I enjoyed it nonetheless. It’s a story about life, love, second chances that was equally heartwarming and heart breaking, intense, fast-paced and very emotional at times. First and foremost I have to say the title is very fitting and the cover is pretty great.

“Some people laugh at a situation and say, “Story of my life.” I didn’t have a story. Just a question.
And then what?”

Josephine ‘Jo’ is scarred –inside and out. She has been through a lot – she lost both of her parents and she also lost a piece of herself when her innocence was taken when she was just a child. Her guardianship is her uncle Gerry who’s a trucker, so they have to move around a lot. Jo hates this moving from place to place, because all she wants is to recover herself, to heal.

“I was trapped between who I was and who they wanted me to be and it was crushing the life out of me so I could hardly breathe.”

Evan had been a foster kid, until he was adopted by the town’s mechanic family. He’s known as a weirdo, as a loner. Due a breakdown years ago, he was admitted in a mental institution, event that permanently awarded him the name “Freakshow”. His life is hard. He was abandoned by his parents when he was three years old and growing up in foster care wasn’t easy. At home his adopted brothers give him a hard time and at school everyone thinks he’s just a freak.

“We exchanged looks, a commiseration; the girl with a scar and the boy with the freaky rep, and something shifted between us. An unspoken understanding that drew me closer to him without having moved an inch.”

Jo is intrigued by Evan from the beginning. Even if it’s strange coming from her, she wants to know him more. In a world when he’s a misfit, Evan is more than surprised when Jo seems to want to be his friend. They start a tentative friendship and as much as they want to stay detached, they simply can’t. They become something more, falling hard and fast for each other. Unfortunately, their happiness is shattered and they are torn apart.

Years later, Jo still remembers the boy who made her feel so special. She never forget him. Her life in some way is worse than before. Evan’s life changed completely years ago, but somehow he knows Jo needs him. He still loves her and he would do anything…anything for her.

“Do you ever…” I heard her swallow hard. “Do you think about us? What we had?”
My chest ached at the longing in her voice. The fearful tentative reaching across the space between us.
“Every minute,” I said. “I think about us every minute of my life. All I do is think about us.”

This was a beautiful written story that really moved me at times. “How to Save a Life” is a well layered powerful story with a great unique plot and has an interesting storyline.
Both Jo and Evan were well developed, flawed, yet interesting characters you will most definitely sympathize with from the beginning. Both of them had depth, were engaging and also relatable. I liked how well their backgrounds were portrayed. I really felt I knew these characters.

Jo was a engrossing heroine from the start. My heart broke for her. She was so strong despite everything that happened with her. She really was an admirable character. Evan charmed me from the very first moment I met him. Not only he’s gorgeous, but he has a heart of gold. His past really saddened me. He was such a misunderstood boy. I loved the way he was with Jo. He was simply perfect for her. His kindness and his protectiveness warmed my heart. He really made me swoon.

Jo and Evan’s relationship was beautiful, heartwarming, yet tumultuous at times. I loved them together. There were perfect for each other and as the story unfolded they also save each other. And seeing how they did it was really great. I loved their connection, how easily they interacted with each other and I adored the fact their relationship didn’t change over the years. Their love was real and you will fell this as the story progresses.

All in all, this was a wonderful, touching story!

Emma Scott is a writer, marathon runner, and caffeine addict, who lives and writes in the California Bay Area. She has two smart, feisty little girls, a super-supportive husband, and is a demonstrated fan of the Oxford comma. She is also an unabashed Star Wars geek and comic book enthusiast who fell into romance novels when a writing contest prompt turned a 1000-word romantic story into a full-blown novel. She also writes epic fantasy that suffers an epic word count.
She hopes you enjoy her work, encourages readers to leave feedback, and thinks it’s amusing to write about herself in the third person. And if she has a driving force the fuels her work, it’s that love always wins.