You have the right to remain sexy.

Anything you say can and will be used to get you in my bed.

You have the right to use my body to give yourself a delirious, life-changing orgasm.

If you have trouble...don’t worry, I’m a bit of an expert in that department.

There’s nothing ‘thin’ about my blue line, if you catch my drift, and trust me, I know how to put those handcuffs to good use.

Livia Ward wants a baby before she’s thirty.  And even though Officer Chase Kelly is exactly the kind of cocky jerk this librarian has sworn off, he is undeniably hot.  Both of them think they can give each other what they want--a few nights of fun for Officer Kelly, a no-strings baby for Livia--but this hot cop is about to learn that sex, babies, and love don’t always play by the rules.

➦Excuse me, officer, I was just speeding and I might have a body in my trunk and am possibly planning to kidnap the President… are you gong to arrest me yet? 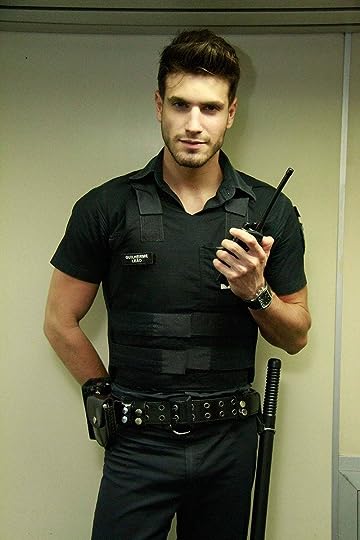 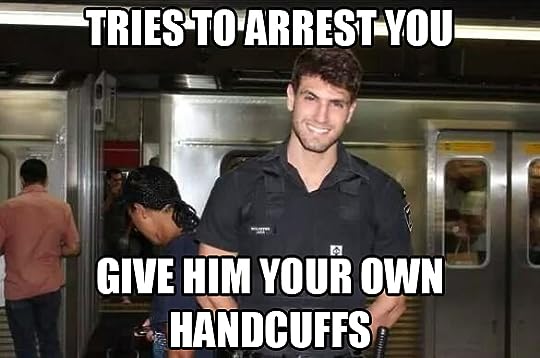 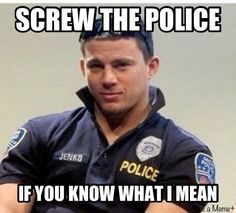 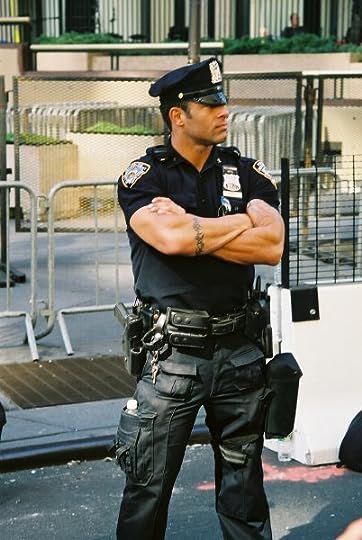 ➦Oh, I’m sorry, was I supposed to review this thing?

➦Ok, so, this book has a hot cop hero.

➦Yeah. And the heroine is this adorable librarian who has sworn off all men.

➦But what if this cop and this librarian can make some kind of an arrangement where both parties are satisfied? May be some no-strings attached sex for the cop in exchange for, say, semen? 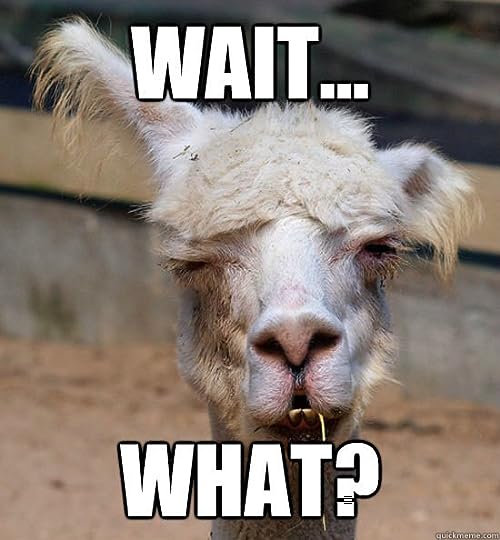 ➦Oh, you know, for making one of those adorable little creatures that a lot of women want to have before they can no longer have them?

➦I’ve been a fan of Laurelin Paige for years now but have only recently discovered the awesomeness of Sierra Simone. These two ladies are so talented and together they definitely did a terrific job here. This book has great banter and tons of feels!

➦I fell in love with these characters and really wanted to see them find their happiness. For the most part it is a pretty lighthearted read but the ending is a bit angsty, which I loved. Definitely recommend! That’s all!

➦Ok, so sorry, just one more, for the road

Are you shocked? Like, in a good way, though? :O

I’m absolutely serious when I repeat my request. “Your baby. I want your baby.”

He swallows. “That’s.” He nods. “No.” He shakes his head. “I.” He fidgets in his chair, looking around the restaurant. “Waiter!” he calls to the server walking by who is most definitely not our waiter.

“Can I get you something, sir?”

“I’m going to need another drink.” Chase holds up his beer. “Another two drinks.”

“I’ll tell your server,” the waiter says and slips away.

I open my mouth but Chase says, “I’m going to need a minute.” I start to speak anyway, and he puts a finger up to silence me.

I sigh. I knew I was going about this wrong. I should have blown him first. Or I shouldn’t have approached this from the sex angle at all. Should never have let him think it was a date. Should definitely not have let him touch me like I did.

I shiver at the memory.

He was right—I didn’t just come here tonight without panties because I didn’t want panty lines. The truth is I’d been prepared to use any means necessary to get what I wanted, including the old razzle dazzle. Problem was he razzled me first.

I should have been straightforward from the beginning. Hopefully this isn’t too botched to salvage.

I glance at Chase who is studying me, eyes squinted. He hasn’t indicated that he’s ready for me to speak, but fuck that. I have things to say.

Leaning forward, I rest my elbows on the table. “Look. I’m not a crazy cop stalker, if that’s what you’re thinking. Or someone who’s trying to trap you into a marriage or a relationship or even child support.”

His expression doesn’t change. “You have no idea what I’m thinking.”

“Then what are you thinking?”

The twinkle is back in his eyes, which is a relief. “That you’re a crazy cop stalker who’s trying to trap me into a marriage or a relationship or child support.”

I stifle a laugh. “I’m not. I promise. I don’t want anything from you. Other than the baby, I mean.” And really hot sex. Repeated hot sex.

“You don’t want anything from me,” he repeats, somewhat skeptical.

I clarify. “I want a baby. But no marriage. No relationship. No child support. No parental claim at all.”

He finishes the last of his beer and leans back in his chair. “I still don’t understand.”

He’s a smart guy. So either he’s playing dumb on purpose or he’s caught up on some part of the details.

I decide to make it as simple as possible. Speak the language he speaks best. “It’s easy, Chase. You want to have sex with me.” I feel sensual and strong with my bold statement.

But suddenly I’m afraid I’ve jumped to conclusions and my confidence falters. “You do want to have sex with me, don’t you?”

It’s his turn to look at me as though I’m playing crazy. “Yes, Livia,” he says with wide emphatic eyes. “Yes.” He pauses only a second before adding, “Do I need to make myself clearer? Because I can, but it wouldn’t be appropriate in a public venue.”

I bite my lip, pressing my thighs closer together to ease the newest wave of agony. “I think we’ve already pushed the limits of public decency. But you’re the cop. You’d know better than I would.”

His lip curls up on one side, and I know he’s considering. Damn, what I’d give to have a peek at the naughty imaginings going on inside his mind, because I know they’re naughty from the gleam in his eye. Very naughty.

“You’re right, you’re right. Already pushed the limits. Go on.” But the gleam in his eye remains, and I’m giddy knowing that I’m prey, and he’s a predator just biding his time.

“Okay,” I say, my voice barely steady. “So, when you have sex, there are these microscopic things called sperm that come out of a man’s body when he ejaculates.”

“Liv, I know about sperm. But go on ahead and tell me about ejaculation. I’d like to hear what you have to say about that.”

No, inside me. That’s where I want it most.

I lick my lips. “I’m saying you want to put it in me. I’m just asking to keep it afterward.”

Sierra Simone is a former librarian who spent too much time reading romance novels at the information desk. She lives with her husband and family in Kansas City.