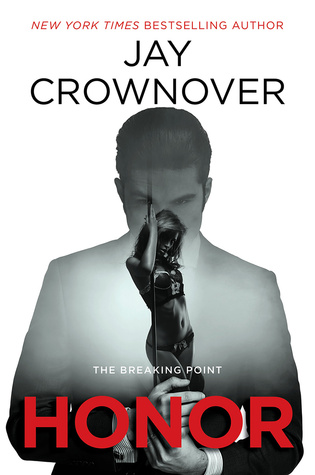 Don't make excuses for me.

I am not a good man.

The first time I saw her dancing on that seedy stage in that second rate club, I felt my heart pulse for the first time. Keelyn Foster was too young, too vibrant for this place, and I knew in an instant that I would make her mine. But first I had to climb my way to the top. I had to have something more to offer her.

I'm here now, money is no object and I have no equal. Except for her. She's disappeared. But don't worry, I will find her and claim her. She will be mine.

Like I said, don't be fooled. I am not the devil in disguise… I'm the one front and center.

“Nassir Gates, half man and half monster. He was lethal and toxic, keeping all that sinister beauty covered up in a ridiculously expensive suit that made him look elegant and falsely civilized.”

Nassir Gates is a feared man. He didn’t have an easy life growing up. As a young boy, he saw and did things no young man his age should ever have to do. The moment he arrives at the Point and sets his eyes on Honor aka Keelyn Foster, he knows she is his equal.

Keelyn doesn’t want to rely on anyone. Especially not a man like Nassir. She’s an independent woman who has always kept the only man that wants her at arms length.

There is a reason why she continues to push him away but if I’m being honest, it got a tad bit annoying. I still respected her though, because she was resilient and not some pushover. I’d say she was the perfect match for Nassir.

“He was everything I ever wanted and everything I shouldn’t allow in my life, and there was absolutely no one I loved to hate more than him.”

The sexual tension is through the roof when it comes down to these two. After knowing each other for awhile, they never even kissed. I was waiting in eager anticipation for these two to get together. And when they did, it was so good! I liked them separately but together they’re invincible.

My only complaint is that sometimes the story was a bit repetitive, which bothered me a lot.

All in all, this was yet another great book by Jay Crownover that was equally sexy and dark.

“My heart was a fortress, and he was the only one that had ever had the keys to it.”

Jay Crownover is the international and multiple New York Times and USA Today bestselling author of the Marked Men Series, The Saints of Denver Series, the Point Series, the Breaking Point Series, and the Getaway Series. Her books can be found translated in many different languages all around the world. She is a tattooed, crazy haired Colorado native who lives at the base of the Rockies with her awesome dogs. This is where she can frequently be found enjoying a cold beer and Taco Tuesdays. Jay is a self-declared music snob and outspoken book lover who is always looking for her next adventure, between the pages and on the road.